The federal agency in charge of environmental protection at surface mines including Wyoming's huge open-pit coal mines has agreed to work toward regulating the toxic chemicals that sometimes get ejected into the air during blasting.
Some who live near the big coal mines say they've suffered from headaches and respiratory irritation when such clouds waft over their neighborhoods. 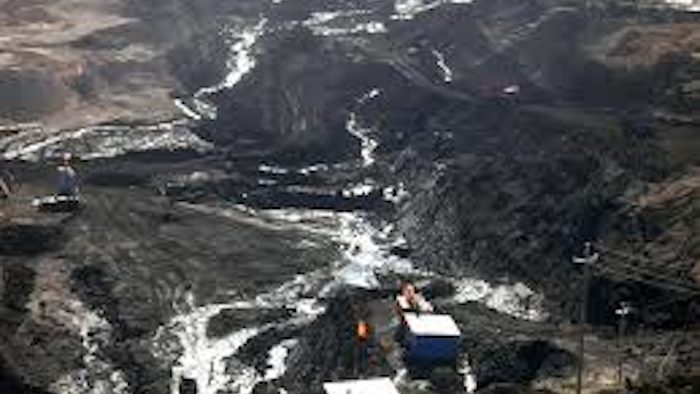 CHEYENNE, Wyo. — The federal agency in charge of environmental protection at surface mines including Wyoming's huge open-pit coal mines has agreed to work toward regulating the toxic chemicals that sometimes get ejected into the air during blasting.

Occasionally not all explosive used in a mine blasting operation ignites. When that happens, a toxic, orange-colored cloud containing nitrogen oxide can rise into the air and present a health threat to people living nearby.

Some who live near the big coal mines outside Gillette say they've suffered from headaches and respiratory irritation when such clouds waft over their neighborhoods.

In April, the environmental group WildEarth Guardians asked the Office of Surface Mining Reclamation and Enforcement to prohibit visible nitrogen oxide emissions from blasting at surface mines nationwide. The agency took public comments on the proposal last summer and granted the request Friday.

Rather than focus solely on nitrogen oxide, however, the agency within the Interior Department will propose a rule to protect public health and safety from all fumes and gases released by mine blasting.

"Many responsible mine operators do recognize the dangers and are acting to prevent dangers from toxic gases and fumes. Operators who are not protecting people from harm from toxic gases and fumes may also have a competitive advantage over the responsible mine operators," agency Director Joseph G. Pizarchik wrote Jeremy Nichols of WildEarth Guardians in granting the request.

The decision is "significant, yet sensible progress" toward protecting public health and safety, Nichols said Monday.

Around 40 percent of the nation's coal comes from Wyoming. Just two mines in the Powder River Basin account for 20 percent of U.S. production last year.

"It is an entirely preventable situation and it's something the regulators we think can do a better job of figuring out how to prevent," Anderson said.