New Research on Plutonium Heats Up

“There is nothing else as complex as plutonium,” Florida State University chemist Thomas Albrecht-Schmitt told Chemical & Engineering News. 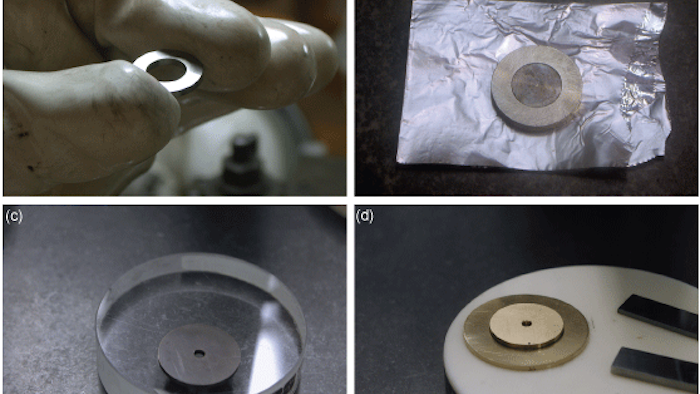 Scientists at the Lawrence Livermore National Laboratory in California started contributing to the country's nuclear weapons research earlier this year when they debuted experiments on plutonium.

The National Ignition Facility, a $3.5 billion lab opened in 2009, primarily conducted tests on hydrogen isotopes for energy research. This year, however, researchers began focusing its system of high-powered lasers on plutonium in order to understand how the element behaves during a nuclear explosion.

After the U.S. stopped nuclear weapons testing in 1992, researchers were forced to rely on outdated data, computer modeling or experiments that only partially simulated actual conditions.

The NIF tests, however, allow scientists to work with a plutonium sample that roughly equates to a "thin poppy seed." The disk is sandwiched between samples of aluminum and diamond and targeted by dozens of lasers, which yield information on its structural changes.

Debris from the test can also give scientists clues about how to investigate nuclear detonations elsewhere.

Scientists said plutonium's "unique properties" can't be replicated by neighboring elements on the periodic table, and that testing is needed to further examine how an explosion could transpire.

“There is nothing else as complex as plutonium,” Florida State University chemist Thomas Albrecht-Schmitt told Chemical & Engineering News.

NIF officials expect to conduct plutonium tests every two to three months -- two took place already this year -- and to potentially become more frequent in the future. The information the tests turn up will be classified, but experts believe the results will differ from their current theories about the element.

“If our theories are right, then we’re just doing a few experiments to validate and move on,” Michael Dunning, the lab’s principal deputy for weapons, told C&EN. “But that’s unlikely.”