Cops: Man Kills Self With Chemical Gas, 11 Sent to Hospital

Authorities aren't yet sure what chemicals were used, but early indications are a mix of hydrogen and sulfur. 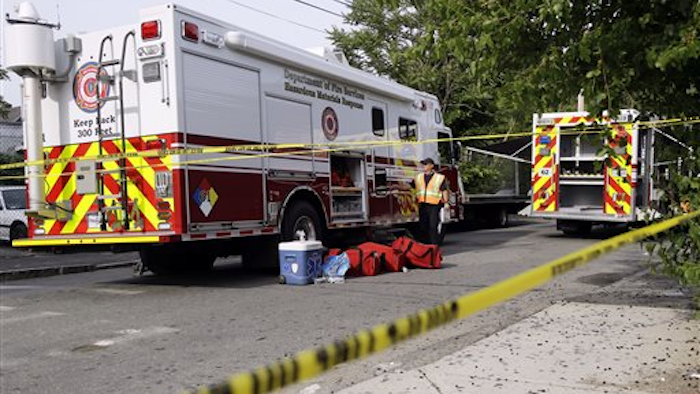 LOWELL, Mass. (AP) — A man who was apparently distraught over a failing relationship released chemical gases in his apartment Thursday, killing himself and sending 11 other people to the hospital, authorities said.

Police in Lowell say officers and paramedics responded in the late morning to a third-floor apartment after the 31-year-old man made postings on Facebook that concerned his friends.

Authorities aren't yet sure what chemicals were used, but early indications are a mix of hydrogen and sulfur, police Capt. Timothy Crowley said.

"We believe that the reason he had been making postings about harming himself was the dissolving of a relationship that he had," Crowley said.

Four police officers and three emergency medical workers were exposed to hazardous materials and taken to a hospital in unknown conditions, authorities said. The four officers were being treated for possible respiratory problems.

Four residents of the house also were taken to the hospital, but police say it doesn't appear they were exposed to the gases.

Crowley said Thursday afternoon that there does not appear to be any threat to the public.