Scientists from Tohoku University and the University of Tsukuba combined squalane and hydrogen using a ruthenium catalyst. 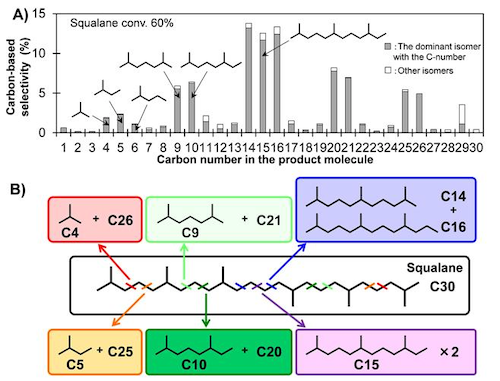 Japanese researchers this week announced the development of a new method to potentially obtain fuels from algae.

Scientists from Tohoku University and the University of Tsukuba combined squalane and hydrogen using a ruthenium catalyst.

Squalane is easily obtained from squalene, which is produced by microalgae. The resulting material also does not contain toxic byproducts, according to the researchers.

The study, conducted as part of an initiative to use oil-producing algae in wastewater treatment, was published in the journal ChemSusChem.