A Malaysian oil tanker that went missing last week carrying fuel worth 21 million ringgit ($5.6 million) and 22 crew members is believed to have been hijacked by pirates, marine police said Monday. 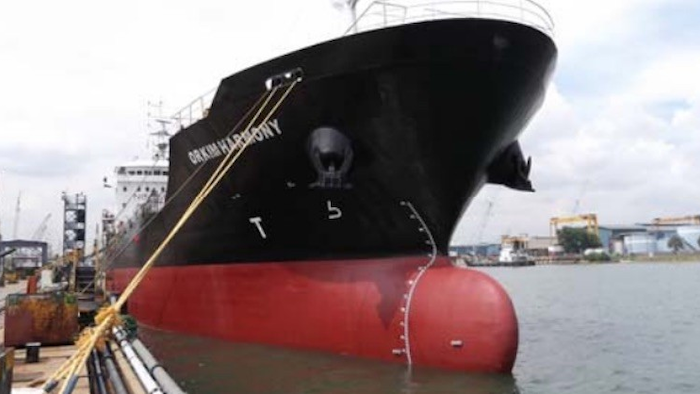 MT Orkim Harmony, loaded with 7.5 million liters (2 million gallons) of gasoline belonging to national oil company Petronas, was headed to northern Kuantan when communications with it were lost late Thursday near Singapore. It was the second tanker believed to have been hijacked this month in the same area.

Ahmad Puzi Abdul Kahar, deputy director-general of the Malaysian Maritime Enforcement Agency, said there was a "high probability" that the tanker was taken by pirates, although no ransom demands have been received. The crew consists of 16 Malaysians, five Indonesians and a Myanmar national.

He said the vessel didn't issue any distress call and all communications and tracking systems could have been turned off.

Another Malaysian tanker carrying diesel fuel was hijacked June 4 in the same area. The vessel was released after the fuel was siphoned off.

Ahmad Puzi said it will be more difficult to steal the gasoline because it is highly flammable and requires special safety equipment. He said the nearest such facilities are in Thailand, Brunei and Vietnam.

The agency is in touch with its regional counterparts to track the vessel, he added.

The International Maritime Bureau says attacks against small tankers off Southeast Asia's coasts have been rising since last year. Gangs of armed thieves usually target small tankers in the region for their cargo, looking specifically for marine diesel and oil to steal and then sell, it says.

Pirates have been particularly active near Indonesia's Bintan island and in the South China Sea, where 11 vessels were hijacked last year, the bureau said.