Environmental Groups Urge Dayton to Wade Into Mine Review

"Future generations will be cleaning up the mess left behind," said Aaron Klemz, a spokesman for the group, referring to the site of a 2014 massive mining waste spill in Canada. 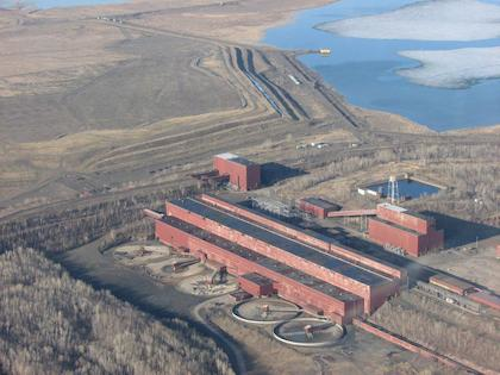 ST. PAUL, Minn. (AP) — Environmental advocates trying to stop a proposed copper-nickel mine in northeastern Minnesota launched an ad campaign on Monday aimed not at the company behind the project but at Gov. Mark Dayton, hoping to persuade the Democrat to require stronger environmental protections.

The latest environmental review of PolyMet Mining Corp's open-pit mine, released by the Department of Natural Resources last week, did little to assuage concerns of a coalition of environmental groups called Mining Truth, despite finding that the mine likely wouldn't significantly impact water quality. In a statewide ad expected to begin airing this week, the group shows video of a massive spill of mining waste in Canada and calls on Dayton to reject the mine's waste storage system they say could result in a similar accident in Minnesota.

"Future generations will be cleaning up the mess left behind," said Aaron Klemz, a spokesman for the group, referring to the site of the 2014 spill in Canada.

Last week's report was the latest in a decade-long review for PolyMet's project, which would be Minnesota's first copper and nickel mine and could add hundreds of jobs in a region wracked by recent layoffs at iron ore mining operations.

Dayton has largely stayed out of the emotionally-charged debate over the mine, waiting until the review has finished before weighing in. That won't change, the governor's spokesman said Monday.

"Until the Final Environmental Impact Statement has been completed, received public comments, and finally issued later this year, the Governor is remaining neutral and undecided about the proposed PolyMet project," spokesman Matt Swenson said in a statement.

But Klemz said several rounds of reports have given Dayton enough information to step in and demand that the company alter its plans. His groups' list of concerns about water pollution runs long, from how long water treatment systems would be needed to questioning how the company plans to treat polluted water.

But on top of the list is PolyMet's plan to use an old pond to store waste from its mine. Klemz said it mirrors the pond used at the Canada site, where a dam failed, and said the state should not allow the company to store mine waste with water.

PolyMet spokesman Bruce Richardson said the state's environmental review was more rigorous than British Columbia government's report on the 2014 spill in Canada, which cautioned against that storage method. Richardson said PolyMet's tailings pond "will be stable and protective of the environment."