The study selected 85 chemicals not considered carcinogenic to humans and found 50 supported key cancer-related mechanisms at exposures found in the environment today. 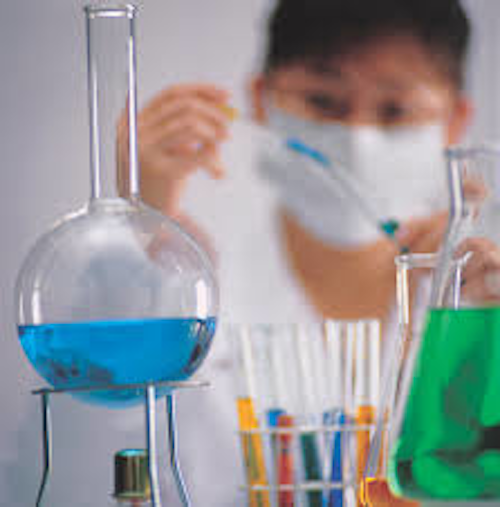 A global taskforce of 174 scientists from leading research centers across 28 countries studied the link between mixtures of commonly encountered chemicals and the development of cancer. The study selected 85 chemicals not considered carcinogenic to humans and found 50 supported key cancer-related mechanisms at exposures found in the environment today.

Longstanding concerns about the combined and additive effects of everyday chemicals prompted the organization Getting To Know Cancer led by Leroy Lowe from Halifax Nova Scotia, to put the team together - pitching what is known about mixtures against the full spectrum of cancer biology for the first time.

Cancer Biologist Dr Hemad Yasaei from Brunel University London contributed his knowledge regarding genes and molecular changes during cancer development. He said: "This research backs up the idea that chemicals not considered harmful by themselves may be combining and accumulating in our bodies to trigger cancer and might lie behind the global cancer epidemic we are witnessing. We urgently need to focus more resources to research the effect of low dose exposure to mixtures of chemicals in the food we eat, air we breathe and water we drink."

Professor Andrew Ward from the Department of Biology and Biochemistry at the University of Bath, who contributed in the area of cancer epigenetics and the environment, said: "A review on this scale, looking at environmental chemicals from the perspective of all the major hallmarks of cancer, is unprecedented".

Professor Francis Martin from Lancaster University who contributed to an examination of how such typical environmental exposures influence dysfunctional metabolism in cancer endorsed this view.

He said: "Despite a rising incidence of many cancers, far too little research has been invested into examining the pivotal role of environmental causative agents. This worldwide team of researchers refocuses our attention on this under-researched area."

In light of the compelling evidence the taskforce is calling for an increased emphasis on and support for research into low dose exposures to mixtures of environmental chemicals. Current research estimates chemicals could be responsible for as many as one in five cancers. With the human population routinely exposed to thousands of chemicals, the effects need to be better understood to reduce the incidence of cancer globally.

The research will be published in a special series of Oxford University Publishing's Carcinogenesis journal on Tuesday 23 June. William Goodson III, a senior scientist at the California Pacific Medical Center in San Francisco and lead author of the synthesis said: "Since so many chemicals that are unavoidable in the environment can produce low dose effects that are directly related to carcinogenesis, the way we've been testing chemicals (one at a time) is really quite out of date. Every day we are exposed to an environmental 'chemical soup', so we need testing that evaluates the effects of our ongoing exposure to these chemical mixtures."