Textbooks on methane-metabolising organisms might have to be rewritten. 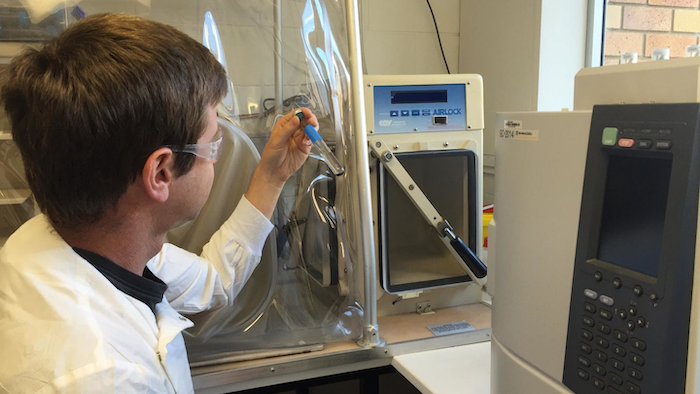 Textbooks on methane-metabolising organisms might have to be rewritten after researchers in a University of Queensland-led international project today announced discovery of two new organisms.

"We sampled the microorganisms in the water from a deep coal seam aquifer 600m below the earth's surface in the Surat Basin, near Roma, Queensland, and reconstructed genomes of organisms able to perform methane metabolism," Associate Professor Tyson said.

"This makes us wonder how many other types of methane-metabolising microorganisms are out there?"

" To use an analogy, the finding is like knowing about black and brown bears, and then coming across a giant panda," Dr Tyson said.

"They have some basic characteristics in common, but in other ways these they are fundamentally different."

Dr Tyson said: "This makes us wonder: how many other types of new 'bears' or of methane-metabolising microorganisms are out there, that science has still not identified?

"The significance of the research is that it expands our knowledge of diversity of life on Earth and suggests we are missing other organisms involved in carbon cycling and methane production."

The discovery of the novel methane-metabolising microorganisms was made using techniques that sequence DNA on a large scale and assemble these sequences into genomes using advanced computational tools, many of which were developed at The Australian Centre for Ecogenomics over the past 24 months.