The chairman of the House Transportation Committee says passing a bill to pay for America's aging roads and bridges will be a top priority next year but is ruling out a gasoline tax hike or motorist user fees as the way to do it. Rep. Bill Shuster, R-Pa., has previously said a vehicle-miles-traveled tax should be considered. 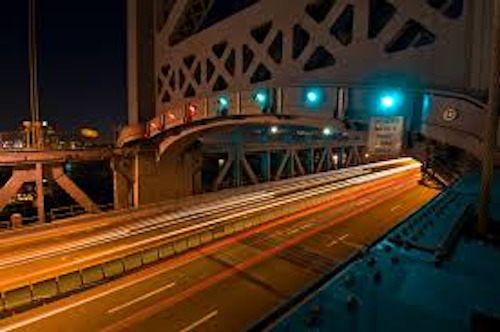 WASHINGTON — The chairman of the House Transportation Committee says passing a bill to pay for America's aging roads and bridges will be a top priority next year but is ruling out a gasoline tax hike or motorist user fees as the way to do it.

Rep. Bill Shuster, R-Pa., has previously said a vehicle-miles-traveled tax should be considered as an alternative to increasing the 18.4 cent per gallon gas tax, given the rise in fuel-efficient cars that makes taxing by the gallon rather than the mile less effective. Looking ahead to a new GOP-controlled Congress, Shuster said in a brief interview this month that both proposals are unworkable.

"The president has ruled out a gas tax, I don't think there's a will in Congress and the American people don't want it," Shuster said by telephone. He added that a VMT tax was "never really on the table," pointing in part to lawmaker hesitancy over technical challenges of the government tracking motorists' mileage.

Shuster, whose committee is working with the House Ways and Means Committee to figure out a funding solution, said a long-term highway bill may be paid by repatriating offshore corporate taxes or from oil exploration and production offshore and on federal lands — proposals that supporters of a gas tax hike contend aren't long-term answers.

Congress has been in a deadlock since 2009 over the best way to pay for highways, opting to pass a series of short-term fixes. Current funding expires next May.

Rep. Peter DeFazio, D-Ore., who will be the new ranking member on the committee, said he was optimistic Congress can pass a bipartisan bill, citing a good working relationship with Shuster. DeFazio supports taxing oil at the wholesale level but says he's open to other options. "We may not always be 100 percent in agreement, but I have no doubt we will get big things done," DeFazio said.

The son of longtime U.S. Rep. Bud Shuster, who was known in the 1990s for his ability to bring Pennsylvania federal dollars by earmarking them for local projects, the younger Shuster cast the highway bill and an upcoming passenger rail bill as benefiting the state and the nation as a whole. Earmarks are now banned in Congress.

He pointed to a need for improvements to Interstate 95, which runs along the Eastern Seaboard through Philadelphia, and expansion of I-81 in central Pennsylvania from four to six lanes.

In addition, Shuster said he expected the committee to take up a rail bill early next year that will seek to reinvest Amtrak profits from the Northeast Corridor back into that rail line, rather than subsidize money-losing routes in other parts of U.S. Shuster says he wants the money spent on improving rail infrastructure to shorten travel times along the busy route running from Washington D.C. north through Philadelphia and New York to Boston.

Other items on the agenda: passing a Federal Aviation Administration spending bill, approving the Keystone Pipeline and blocking the Environmental Protection Agency from implementing a rule that asserts regulatory authority over many of the nation's streams and wetlands.

"This is not my father's Congress," Shuster said, referring to a greater fiscal restraint. "When my father wrote a bill the economy was strong and we didn't have the kind of deficits today. So we try and move the ball forward. And if it's good policy, it's going to be good for the nation, good for Pennsylvania and good for the district."