An environmental advocacy group sued the Obama administration in federal court on Thursday for refusing to release documents detailing the extent of fracking in the Gulf of Mexico. Samantha Joye, a marine sciences professor at the University of Georgia who studies effects of oil spills on the sea environment, said there have been no scientific studies looking at fracking chemicals in the ocean. 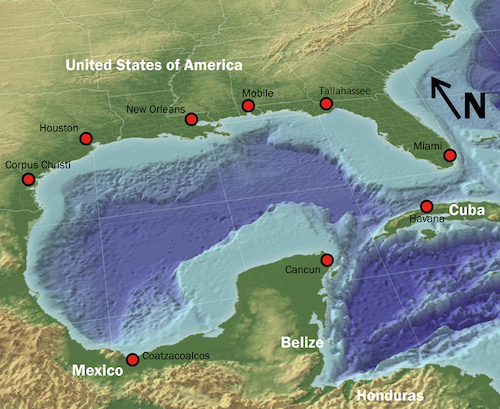 GAINESVILLE, Fla. — An environmental advocacy group sued the Obama administration in federal court on Thursday for refusing to release documents detailing the extent of fracking in the Gulf of Mexico.

The Center for Biological Diversity filed the lawsuit in U.S District Court in Washington, saying the Bureau of Ocean Energy Management has refused to comply with the group's federal public records request for more information about how often oil companies are using the technique in Gulf waters.

"The public has a right to know where, when and how much fracking the federal government is allowing in the Gulf of Mexico," Kristen Monsell, a center attorney, said in a written statement.

The bureau's public affairs office would not comment on the lawsuit.

Fracking, or hydraulic fracturing, is a process of injecting water, sand and chemicals at a high pressure into rock formations to free oil or natural gas trapped inside.

Used widely on land, fracking also is employed at offshore wells to explore for new deposits and to stimulate old, dead wells to new production.

While fracking on land has received wide attention as communities voice concerns over pollution of air and water, its use in the sea has been less discussed. The process in the sea is typically used for smaller jobs than on land, and uses less water.

Based on available data, the center's suit claims that the Bureau of Ocean Energy Management and the Bureau of Safety and Environmental Enforcement allowed for fracking in the Gulf for about 15 percent of the wells that were completed in 2013.

According to BSEE, companies have fracked in the Gulf of Mexico in water depths ranging from 18 to 8,843 feet.

Fracking in the ocean creates different challenges for crews than on land. Weather changes can dramatically affect the seas, making the work more challenging.

Fracking waste discharge is supposed to be kept out of the sea by returning to the platform, or a vessel waiting on the surface, in a closed-loop system. However, if fluid leaks into the ocean, in most cases it is up to the company to tell regulators about it. Then the U.S. Environmental Protection Agency can determine whether the leak or spill violated a company's pollution permit.

The oil industry has insisted that the process has been around for decades, is safe and does not harm the environment.

The American Petroleum Institute, an industry association, said that small fracks have been occurring offshore since the early 1990s and that the industry has a good track record of safety.

Federal environmental regulators do not require oil companies to file separate environmental impact reports or statements specifically for fracking in the sea. And little is known about the effects of the chemicals used in fracking jobs on ocean life.

Samantha Joye, a marine sciences professor at the University of Georgia who studies effects of oil spills on the sea environment, said there have been no scientific studies looking at fracking chemicals in the ocean.

"It is unfathomable that this process is not tightly regulated and restricted both on land and at the sea bed," she said.