Pics of The Day: Used Motor Oil Spills Into River

It'd seem even prettier if it wasn't so dangerous — on Tuesday as much as 1,500 gallons of used motor oil stored in an above ground tank leaked into irrigation canals before slithering a river in Washington. 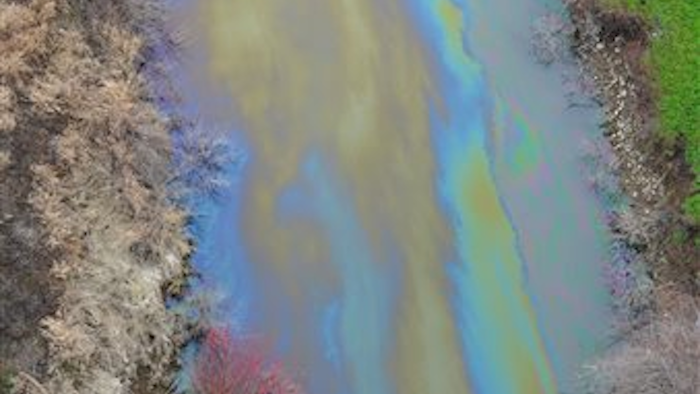 It'd seem even prettier if it wasn't so dangerous — on Tuesday as much as 1,500 gallons of used motor oil stored in an above ground tank leaked into irrigation canals before slithering into the Yakima River in Washington State.

Officials are reporting that the oil — which was being held at a former feedlot — could have been in the tank for years. It's not yet clear what caused the tank to fail and no one was hurt in the incident, but officials have been scrambling to mitigate the damage to local wildlife.

According to Associated Press, at least 50 ducks, geese and other waterfowl have been spotted covered in oil.

The oil flowed down seven miles of creeks and canals, and then 12 miles down the river. Boons have been put in place to contain the spill and officials are working to vacuum the oil from the river.