“The rebalancing (of supply and demand) triggered by the price collapse has yet to run its course,” the agency wrote in its monthly oil market report. 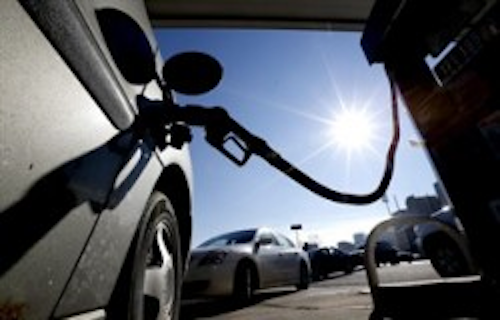 The price of oil fell 10 per cent this week, approaching its lowest price in six years. Many expect it to fall further in the coming weeks because supplies are rising and the summer driving season is still months away.

The lower crude prices will mean gasoline prices will slide lower in the coming weeks, and many drivers will likely pay under $2 a gallon in the summertime for the first time since 2004.

Oil prices had appeared to stabilize in a range nearly 15 per cent higher than the depths they had reached in late January. But on Friday the International Energy Agency called a recent rise in oil prices a “head fake” and a “facade of stability.”

“The rebalancing (of supply and demand) triggered by the price collapse has yet to run its course,” the agency wrote in its monthly oil market report.

Oil has collapsed from over $100 because rising global supplies — especially in the U.S. — outpaced weak demand. The increase in U.S. production last year was the third-biggest one-year increase in the history of the global oil industry, according to BP.

That has pushed oil levels in storage to their highest ever in the U.S. and far higher than normal around the world. Analysts expect supplies to continue to build, forcing prices gradually lower, until refiners ramp up to make gasoline for the summer driving season.

But analysts say price of oil could fall sharply — to under $40 a barrel and perhaps even briefly to $20 — if supplies grow so much that storage tanks fill up.

WHAT ABOUT MY GAS PRICE?

Gasoline prices rise nearly every year around this time. This year has been no different. After reaching a low of $2.03 a gallon in late January, the national average retail price rose every day for more than a month, reaching $2.46 on March 7, according to AAA.

But the spring surge is likely over, according to Tom Kloza, chief oil analyst at the Oil Price Information Service. The national average has slipped lower every day for the past week, falling to $2.44 on Friday, and Kloza expects it to fall the rest of March and April.

The national average won’t fall all the way to its January low, Kloza said, in part because refiners must still switch to more expensive summer blends of gasoline to meet clean air standards. But he expects drivers in much of the nation, especially in the South, to be paying less than $2 a gallon at times this spring and summer.

“This is something unique,” Kloza says. “The market (decline) is going to make it so you don’t even notice when your local station switches from winter to summer gas.”

WHAT WILL PRODUCERS DO?

Low prices have forced oil companies to slash spending on new exploration and production, and forced oil service companies facing a slowdown in drilling to lay off thousands of workers.

When drillers stop sinking new wells into the ground, production begins to fall and prices rise. The number of rigs operating in the U.S. fell for the 14th straight week to their lowest since March of 2011, the oil services company Baker Hughes reported Friday.

But it is still unclear whether producers in the U.S. have cut back enough to help rebalance supply and demand. And while some OPEC members have called for the cartel to reduce output in an effort to force prices up, the group’s most powerful member, Saudi Arabia, and other Gulf states have shown little interest in cutting back.

Despite the slowdown in drilling, U.S. production is still rising because projects started last year are still ramping up. Many oil companies say they can still make money at low prices if they drill only in their most cost-effective oil fields. But those fields are cost-effective because they produce a lot of oil, and that means output might not fall as much as expected.