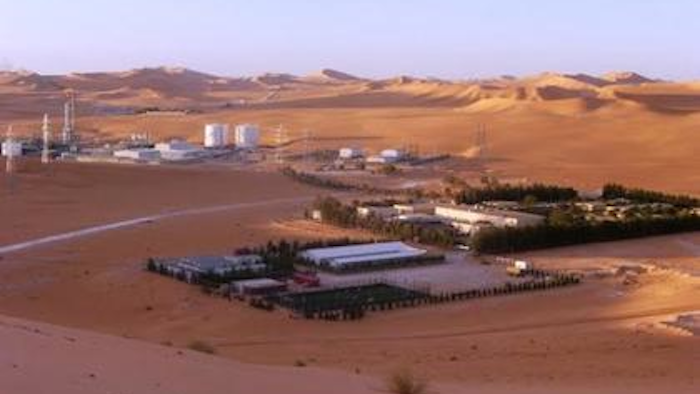 ALGIERS, Algeria (AP) — Five years after it first came to light, the trial began Sunday for one of Algeria's most notorious corruption scandals involving the state-run oil company that generates most of the country's revenue.

In a packed courthouse that included the ambassadors of Italy, the U.S. and Germany, prosecutors read out the charges against former head of Sonatrach, Mohammed Meziane, his two sons, and 16 other company officials.

Defense attorneys throughout the session made repeated requests to delay the trial which the judge declined until the end of the day when it was revealed that 38 of the 108 witnesses called weren't present.

The judge then adjourned proceedings to an unspecified date in the next three months and said the missing witnesses could be compelled by police to attend.

The scandal was revealed in 2009 after an investigation by Algeria's feared intelligence service, the Department of Intelligence and Security, and involved contracts with Italy's Saipem and Germany's Contel Funkwerk.

Founded soon after independence from France in 1962, Sonatrach has made much of the country's wealth and has always had close ties with those in power.

The scandal was seen as part of a score-settling between the intelligence agency and President Abdelaziz Bouteflika, who had close ties to the accused.

The sensitivity of the case also explains the long delays in the charges going to trial. The scandal came to be known as Sonatrach 1 after investigators in 2010 revealed a second set of charges, this time targeting the then energy minister Chakib Khelil, also a close associate of the president.

That scandal has yet to come to trial in Algeria, but Italian prosecutors have already filed charges against Italian companies involved in the case, accused of paying out more than $200 million in bribes to Algerian officials.

Former officials with Sonatrach have said the company is used as a source of funds by those in power, and a former company executive has estimated that the country loses between $3 and $6 billion annually to corruption in the oil sector alone.

Algeria's economy, which relies almost entirely on oil and gas exports, has been shaken by the low oil prices in recent months.