Summer Gas Prices Expected to be 32 Percent Lower This Year

Drivers will see the lowest summer gasoline prices in about 6 years, according to the Energy Department. 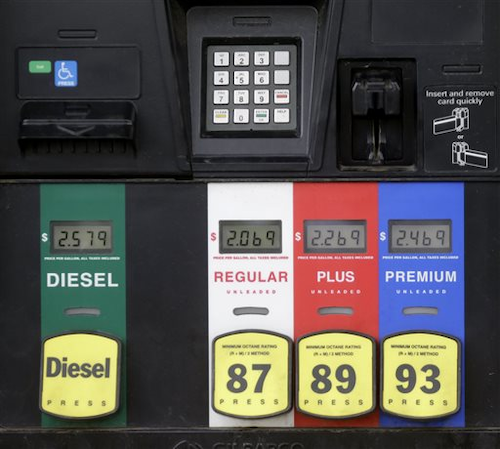 NEW YORK (AP) — Drivers will see the lowest summer gasoline prices in about 6 years, according to the Energy Department.

The national average price is forecast to fall 32 percent from a year ago to $2.45 a gallon between April and September, the period when Americans do most of their driving. That would mark the lowest seasonal average since 2009.

For the year, the department's Energy Information Administration expects gasoline to average $2.40 a gallon, down from $3.36 in 2014.

"It's a very realistic average, but like a lot of averages, it doesn't speak to some of the lumpiness you'll see," said Tom Kloza, chief oil analyst at OPIS.

He expects the fluctuation in the price to be uneven, and said it could even dip below the $2 mark within the period. He expects demand for gasoline to reach a high point in July and August.

The lower prices are a result of world oil supplies growing faster than demand because of higher production in North America and elsewhere. That dynamic has been depressing the price of crude oil. But, the Energy Department warned that the forecast could substantially change if oil-related sanctions against Iran are lifted as part of ongoing negotiations. That country is believed to hold at least 30 million barrels of oil in storage.

The price of Brent crude, a benchmark used to price oil used by many U. S. refineries and the most important factor in gasoline prices, is forecast to fall 40 percent this year.

U.S. drivers are expected to consume slightly more gasoline, a 1.6 percent increase, during the summer. But gasoline expenditures by household are expected to be the lowest since 2004, according to the EIA, with people spending about $700 less on gasoline in 2015.

The average price of gasoline in the U.S. was $2.38 a gallon Tuesday, down 33 percent from last year, according to AAA and GasBuddy.com.

Over the past six months, most Americans have kept their savings from cheaper gasoline, instead of spending the proceeds. The personal savings rate climbed to 5.8 percent in February from 4.4 percent in November. Economic growth has been limited because of the choice to save, since consumer spending accounts for roughly 70 percent of U.S. economic activity.

"It's odd, consumers have held back on spending even as they pocket a nice windfall from lower gasoline prices," said Scott Anderson, chief economist at the Bank of the West.

There are two likely explanations for why consumers have been hesitant to spend: Either they assume that gas prices will once again climb back to previous levels. Or, the unusually harsh winter weather prevented them from shopping at the start of the year. The warmer spring weather and continued low gas prices projected by the government should lead more Americans to increase their spending in the coming months, Anderson said.