Mexico's Gulf coast state of Tabasco has set up an emergency plan to supply drinking water to the capital of Villahermosa after oil thieves punctured a pipeline, contaminating rivers that normally supply the city. 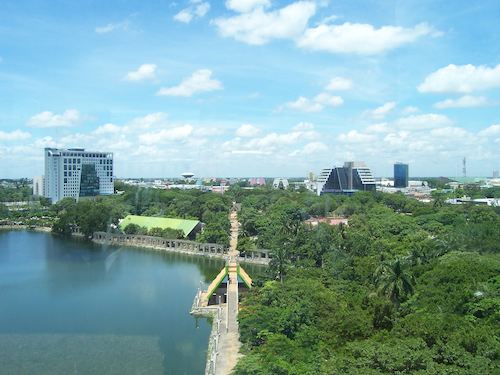 MEXICO CITY (AP) — Mexico's Gulf coast state of Tabasco has set up an emergency plan to supply drinking water to the capital of Villahermosa after oil thieves punctured a pipeline, contaminating rivers that

The spill late last week sent workers with the state-owned oil company scrambling to limit damage, and four of Villahermosa's water treatment plants were shut down as a precaution.

Workers for the Pemex oil company set out containment booms and were trying to scoop oil off the waterways.

Illegal pipeline taps have caused fires, explosions and spills in Mexico in the past. They became so frequent that Pemex no longer ships finished, usable fuels through pipelines.