The Nigerian National Petroleum Corporation will deploy drones across the territorial waters of Africa's largest oil producer as part of a series of new efforts to help curb rampant oil theft, a company official said Tuesday. 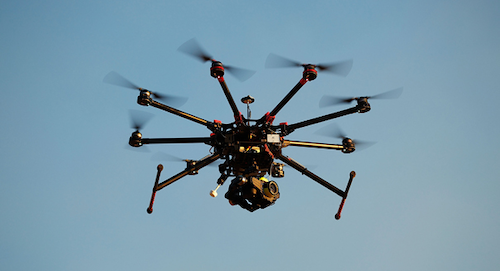 The corporation is launching an "armada of approaches" aimed at ending theft within eight months, Managing Director Ibe Kachikwu said in a statement. The measures include looking at arming the navy with equipment to help them with their patrols and working with law enforcement to increase its presence in the area to protect pipelines, he said.

Kachikwu said that between June 2014 and June 2015, the corporation recorded between 3, 500 to 4,000 theft attempts at the various products pipelines across the country.

"The best security for these pipelines lies with the communities. We are trying to create enough incentives for them to see thesepipelines as their own," Kachikwu said.

Millions of dollars in oil is stolen daily in Nigeria and the government estimates around 250,000 barrels of oil are lost to oil thieves per day.

Oil companies blame oil spills on gangs who break into pipelines to steal crude. Earlier this year Shell, the largest oil company operating in Nigeria, agreed to pay $83.5 million to a fishing community in the Niger Delta, who argued the company isn't doing enough to maintain and protect its pipelines from being sabotaged by oil thieves.

While income from agriculture and other industries has increased, Nigeria depends on oil for about 80 percent of its revenue and 95 percent of foreign reserves.