A suspected gas leak has set off a massive explosion in Rio de Janeiro, reducing several small homes and businesses to rubble in the northern part of the city. 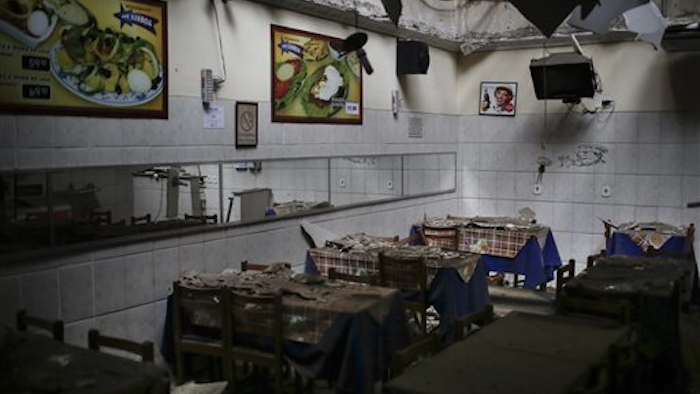 RIO DE JANEIRO (AP) — A suspected gas leak has set off a massive explosion in Rio de Janeiro, reducing several small homes and businesses to rubble in the northern part of the city.

Despite the extensive damage, nobody has been reported killed.

Authorities say at least seven people were injured and pulled from the buildings, though none are in serious condition. One of the injured is a child.

Firefighters are still searching through the rubble to search for other possible victims from early Monday's blast, which was so strong it was reportedly heard by people living nearly 4 miles (6 kilometers) away.

Rio state's Civil Defense Department says it's investigating the cause of the explosion. Early suspicions focus on possible gas leaks in two restaurants or a pharmacy where the blast hit.