After years of declines, the report shows factories, power plants and other operations released about 36 million pounds of potentially dangerous chemicals in 2013. 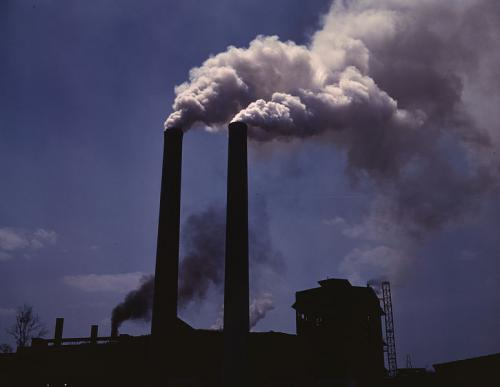 RICHMOND, Va. (AP) — Toxic emissions in Virginia increased in 2013 for the first time in seven years, according to an annual state Department of Environmental Quality report released this week.

After years of declines, the report shows factories, power plants and other operations released about 36 million pounds of the potentially dangerous chemicals in 2013, up 10 percent from 32.7 million pounds in 2012.

Officials with the agency say spot checks indicate the pollution went up because of increased production at some factories and power plants.

"Whether that's because of the (improving) economy we can't say, but there certainly could be a connection," DEQ spokesman Bill Hayden told the Richmond Times-Dispatch (http://bit.ly/1EMK6KC).

While the numbers are up for the first time since 2006, the latest available figures are far below the 151.2 million pounds released in 1988, when the reports began.

The pollution is legal and industrial emissions are regulated under state permits designed to protect the public, Hayden said.

According to the report, BAE Systems in Montgomery County, which operates the Radford Army AmmunitionPlant, had the most toxic releases with 9.05 million pounds, making the county the top locality for toxic emissions.

Glen Besa, director of the Sierra Club's Virginia chapter, said the rise in emissions is disappointing.

"Just because Virginia DEQ says these toxic emissions are legal does not mean they are not harmful," Besa said in an email statement, adding that the numerous sources of toxics that combine in the air and water and "result in a witch's brew, the health impacts of which are unknown."