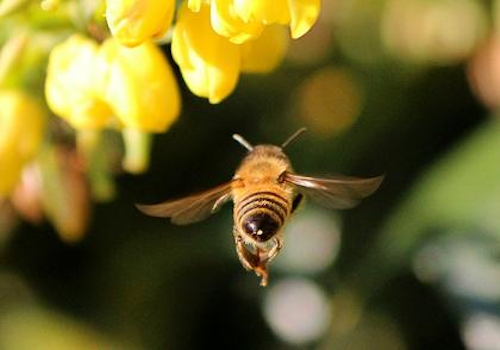 The U.S. Environmental Protection Agency last week indicated it would likely suspend approving new permits for pesticides that contain neonicotinoids, which critics say contribute to declining populations of honeybees and other pollinators.

Manufacturers of those products rejected the claims and argued research showed no ill effects on honeybees or other pollinators.

Farmers, in particular, rely on insects and birds to pollinate crops. The White House, which convened a task force on pollinators last summer, estimated honeybee pollination contributes more than $15 billion to the country's agricultural economy each year.

Environmental groups, however, argued the Obama administration should do more to counter neonicotinoids already in use. More than 100 groups last month called for "immediate intervention" from federal officials.

"EPA has finally admitted it lacks the basic data needed to determine whether bees, other pollinators, or the environment will be adversely affected by neonicotinoids,” said Peter Jenkins, attorney for the Center for Food Safety. "If EPA is unable to assess the safety of new uses, the agency similarly is not able to assess the safety of the close to 100 outdoor uses already approved."