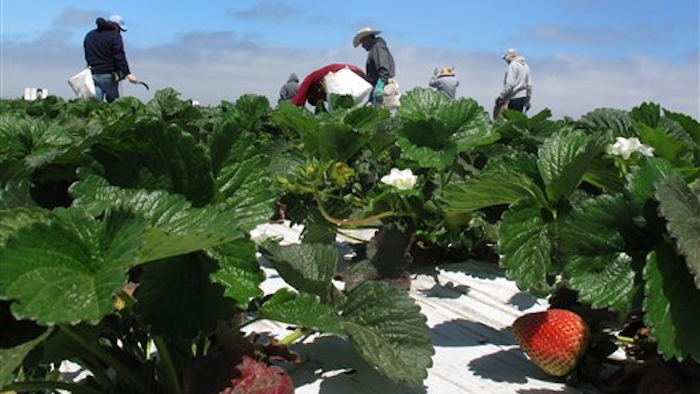 The report found study participants who ate more than 1.5 daily servings of produce with relatively high levels of pesticide residue — including apples, pears, peppers, spinach and strawberries — had a 49 percent lower sperm count and a 32 percent lower percentage of normal sperm than those who ate just half a serving of those fruits and vegetables.

Participants, by contrast, who ate increased amounts of produce with lower pesticide levels — such as beans, grapefruit, onions and peas — had a higher percentage of normal sperm compared to volunteers who ate less of those foods.

The study, published in the journal Human Reproduction, analyzed samples from 155 men taken between 2007 and 2012. Jorge Chavarro, the study's senior author, said the findings "should not discourage the consumption of fruit and vegetables in general."

"This suggests that implementing strategies specifically targeted at avoiding pesticide residues, such as consuming organically-grown produce or avoiding produce known to have large amounts of residues, may be the way to go," Chavarro said.