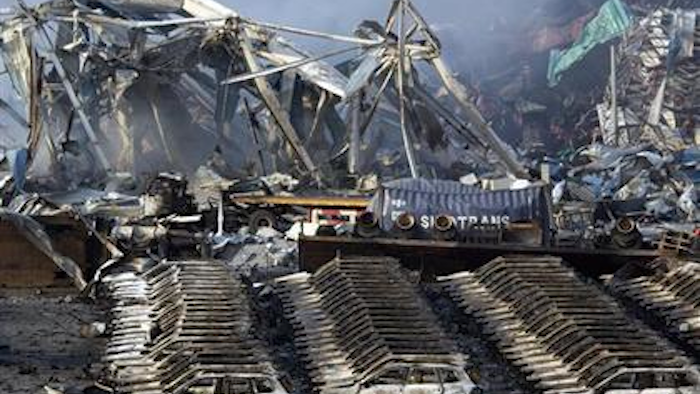 The Dongying News website — run by the Dongying city government — said the factory in Lijin county in Shandong province exploded at 11:22 p.m. Monday and the fire was brought under control about five hours later.

Dongying News said that six executives of the company that runs the factory, Shandong Binyuan Chemical Co. Ltd., have been detained and that the explosion is under investigation.

The company, located in the Lijin Binhai Economic and Technological Development Zone, says on its website that it has the capacity to produce 20,000 tons of adhesive materials annually. No one was available to comment at the company.

Calls to the Lijin county propaganda department were hung up. People answering calls to the police and fire offices said they had no information.

The area is 300 kilometers (190 miles) away from Tianjin, where blasts on Aug. 12 at warehouses storing hazardous chemicals killed at least 158 people, most of whom were firefighters. The warehouses were closer to homes than is allowed under safety regulations, and they were storing too much hazardous material — including 700 tons of sodium cyanide.

Authorities are investigating wrongdoing in permit approvals and regulation of the warehouse company, Ruihai International Logistics, and have detained 12 company employees and executives and 11 government officials.