According to a piece of research by the UPV/EHU-University of the Basque Country, fish caught near these plants display a higher rate of endocrine disruptors

University of the Basque Country 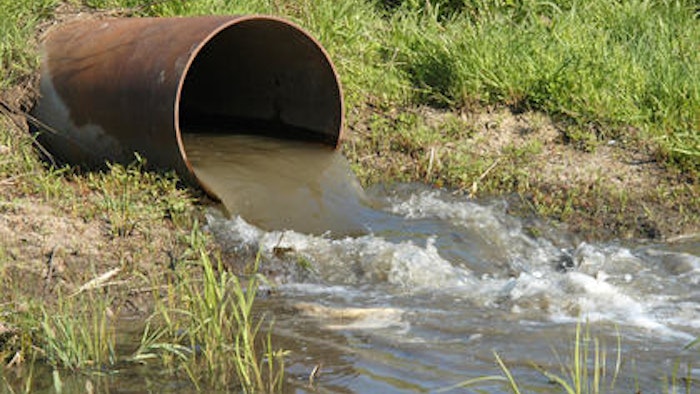 The fishing port of Ondarroa, the Deba marina, the estuary at Gernika (beside the discharge stream of the waste water treatment plant) and the industrial ports of Pasaia and Santurtzi are the scenarios where the research was carried out between May and June 2012. The fish chosen for the study was the thicklip grey mullet (Chelonlabrosus). Water samples were taken from the above-mentioned locations on the days when the mullet were caught and three months later to relate the samples to the concentrations of the compounds in the fish."As we expected, Gernika was where the highest concentration of compounds was found and where the highest number of intersex fish were caught," stressed Asier Vallejo, one of the researchers in the group.

But why Gernika? And why "as we expected"? This is Vallejo's explanation:"The function of waste water treatment plants is to clean the waste that humans discharge into the water. What happens, however, is that most treatment plants are not equipped to eliminate the new chemical compounds appearing on the market. That is why even if they are discharged into rivers and seas in very low concentrations, they have serious consequences for fish because the flow is constant.That is why we expected to find such high concentrations in Gernika. But it is not a phenomenon exclusive to the Basque Country, it affects the whole planet."

However, there is no reason to be particularly alarmed, according to the researcher:"Not yet, at least. The fish we have analysed belong to the mullet family which are not usually eaten in the Basque Country. These animals are normally scavengers."Vallejo acknowledges that endocrine disrupting compounds probably affect humans, too "but we don't know to what extent, we don't know what concentration these compounds need to reach to affect humans. Doctors are the ones who will have to clarify these unknowns".

With respect to the technical aspects of the study, the most salient ones are as follows: firstly, to find out the concentration of the compounds, their level in the bile of the fish caught was analysed. To do this, a new analytical method based on solid phase extraction was used. The analysis itself was carried out by means of gas chromatography-mass spectrometry.

The bile samples contained various compounds not detected in the water (certain pesticides, alkylphenols, hormones, etc.) which confirms, according to the research team, the capacity of this substance to accumulate these compounds. In the view of these researchers, bile could provide an interesting tool for biomonitoring purposes in the future. It has also been confirmed that many compounds tend to accumulate in fish and that the concentration values are higher in male and intersex fish. In any case, further research needs to be done into this matter according to the authors of the study.