A large, smoky chemical warehouse fire near Pittsburgh has forced residents from about 70 nearby homes and injured four people. 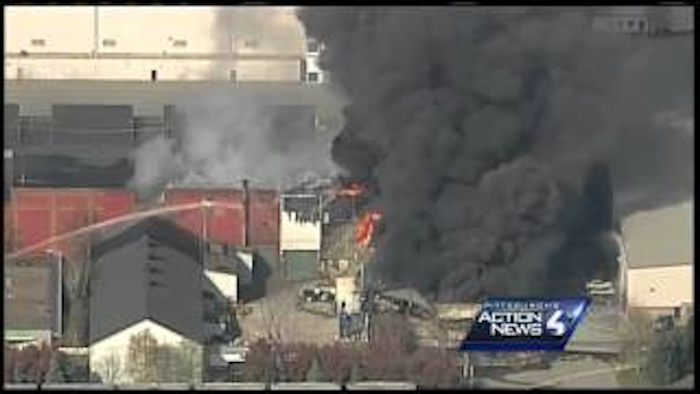 ​LEETSDALE, Pa. (AP) — A large, smoky chemical warehouse fire near Pittsburgh has forced residents from about 70 nearby homes and injured four people.

Emergency crews on Tuesday moved people living near Weatherford Engineered Chemicals in Leetsdale to a high school gymnasium as a precaution.

Allegheny County Emergency Services Chief Alvin Henderson says the injured included three employees. One reportedly had a burned hand and two inhaled fumes. A firefighter also was being evaluated for inhaling fumes. None of the injuries was deemed life-threatening.

The fire northwest of Pittsburgh was reported about 10:10 a.m. Flames shot from the roof and dark gray smoke could be seen for miles. Three hours later, Henderson says the fire is mostly "knocked down."

The warehouse is owned by Lubrizol Corp. It says the fire started when employees were mixing chemicals in a production tank.