The Key to Cleaning Waterways Could be...More Plastics?

One California chemist believes that certain microbeads could actually be helpful to water supplies. 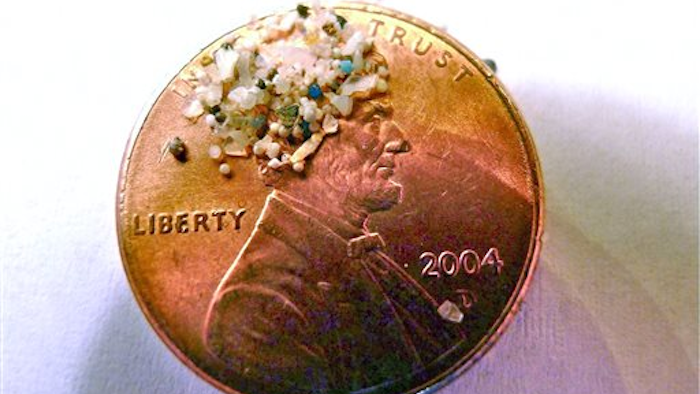 Environmental advocates and policymakers for years sought to ban the plastic microbeads found in cosmetics over fears about their impact on groundwater and aquatic wildlife.

Several states took steps to prohibit the tiny particles, particularly near the Great Lakes, where microbeads are showing up in increasing concentrations.

One California chemist, however, believes that certain beads could actually be helpful to water supplies.

Knight's microbeads are coated in synthetic molecules called peptoids; when added to water, the peptoids, in effect, grab ahold of the chromium molecules and help clear the water.

Knight said that the particles could represent an improvement over current policies toward chromium-affected waters, which amount to "saying, 'Don’t drink this water and eventually it will diffuse.'"

The underlying problem with microbeads, however, remains — once they're in the water, scientists don't know how to get them out.