At least nine people were reportedly injured in the explosion in the Shandong province city of Zibo, just over a week after a similar blast at a Chinese chemical warehouse killed more than 100 people. 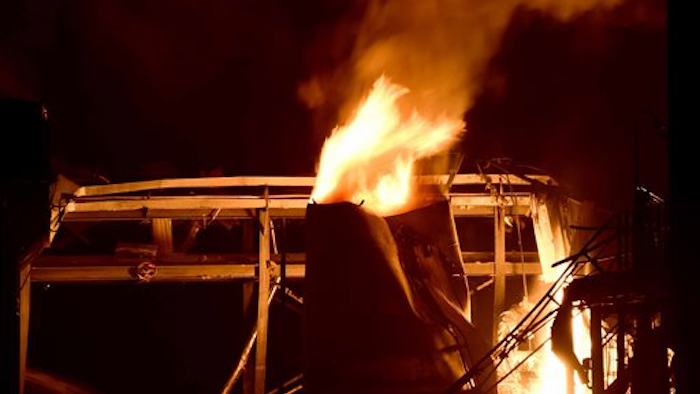 BEIJING (AP) — An explosion ripped through a chemical plant in eastern China and triggered a fire Saturday night, state media said, just over a week after a similar blast at a Chinese chemical warehouse killed more than 100 people.

At least nine people were injured in the explosion in the Shandong province city of Zibo, according to the official Xinhua News Agency. No deaths were immediately reported.

A dozen fire engines were battling the blaze caused by the explosion, Xinhua said.

It was not immediately clear what chemicals were at the plant at the time of the incident. Zibo is a major storage site for fuel oil and chemicals in the region.

The blast follows the Aug. 12 chemical warehouse explosion in the northern Chinese port of Tianjin. At least 121 people were killed in that disaster, while another 54 remain unaccounted for.

The cause of the Tianjin disaster is still under investigation, although state media reports say the warehouse — which was storing sodium cyanide and other dangerouschemicals — was located too close to residential areas and may have obtained falsified safety approvals.

The back-to-back explosions have raised concerns about the effectiveness of China's regulatory bodies and their ability to regulate industries in which they or their executives may have vested interests.