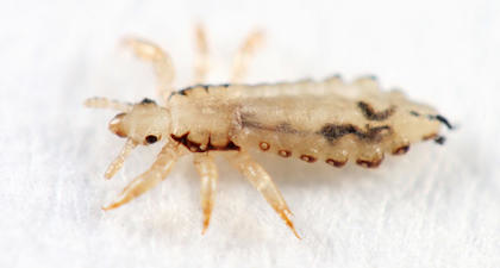 Populations of head lice in at least half of U.S. states developed resistance to commonly used treatments, according to a recent study.

Pyrethroids are widely used as insecticides and include permethrin, the active ingredient in most lice treatments.

Researchers gathered samples from 30 states in what Yoon said was the first large-scale collection of lice from across the U.S.

Samples from 25 of those states showed three genetic mutations known to desensitize insects to pyrethroids, including the three largest states of California, Texas and Florida.

Four others -- New York, New Jersey, New Mexico and Oregon -- showed some evidence of mutation; the samples from Michigan were the only populations that did not show resistance to common insecticides.

Yoon, who will present his work at the American Chemical Society's national meeting this week, said that head lice can still be controlled by other chemicals and noted that they do not carry disease.

But as millions of U.S. children prepare to head back to school, Yoon said that the research provides a cautionary tale about the use of pesticides.

"If you use a chemical over and over, these little creatures will eventually develop resistance," Yoon said.