The U.S. Chemical Safety Board on Thursday released the first official findings on the blast at the Silver Eagle Refinery in Woods Cross in a report by an outside consulting group. 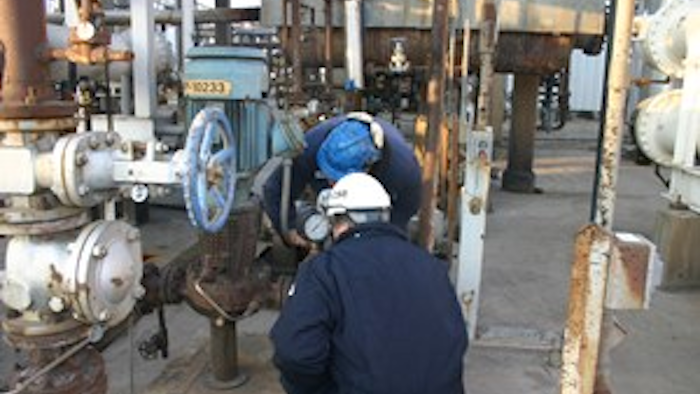 SALT LAKE CITY (AP) — A 2009 explosion at a northern Utah oil refinery that knocked a neighboring home off its foundation and singed dozens of others began with a corroded pipe that went years without proper inspection, federal investigators say.

The U.S. Chemical Safety Board on Thursday released the first official findings on the blast at the Silver Eagle Refinery in Woods Cross in a report by an outside consulting group.

No one was seriously injured in the explosion, but homeowners in the neighborhood just north of Salt Lake City have said it made selling their houses nearly impossible. A city building inspector condemned one house as structurally unsound after the blast shifted it off its foundation and knocked loose a roof truss.

The report found a 10-inch reactor pipe tore and began gushing hydrogen, causing it to ignite and launch a fireball toward a nearby neighborhood.

The board, which has no authority to issue violations, said the pipe was not properly inspected as it wore thin over the years. The report came from Texas-based consulting company Exponent.

The facility at the time of the explosion made paraffin wax often used to shellac supermarket apples.

After the blast, it closed temporarily under recommendation from the board. The facility now operates under Toronto-based International Group of Canada.

Its engineers have since worked to resolve the inspection issues, said Jerry Lockie, general manager of refining.

"We've gone through that entire unit with a fine-tooth comb and addressed everything," Lockie said.

The refinery now processes waxy crude from the Uinta Basin for diesel fuel and a raw form of gasoline it sends to Evanston, Wyo., Lockie said.