Nigerian militants say they have again blown up an oil pipeline carrying crude for export from Shell's Forcados terminal in the country's south. 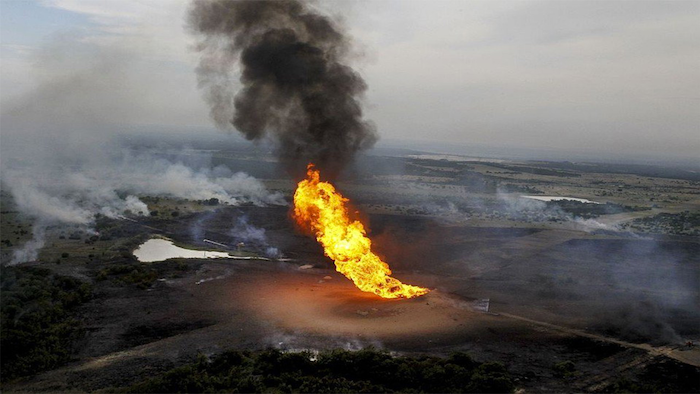 WARRI, Nigeria (AP) — Nigerian militants say they have again blown up an oil pipeline carrying crude for export from Shell's Forcados terminal in the country's south. It's the third attack in eight days on the Trans Forcados pipeline network.

The first came just hours after President Muhammadu Buhari held inconclusive talks with stakeholders aimed at halting the sabotage. Militants and community leaders want development and a bigger share of revenues from oil that has massively polluted the southern Niger Delta.

In July, militants blew up the pipeline from the 400,000 barrel-a-day Forcados export terminal of Dutch-British multinational Shell.