Made with barley, brews can contain low levels of mycotoxins, which are produced by fungi that can contaminate grains. 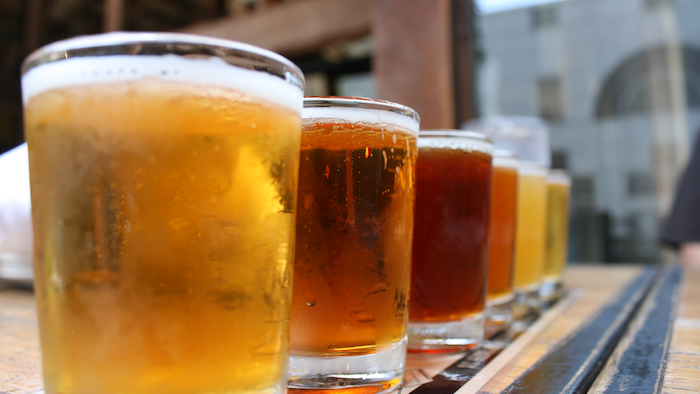 Beer is one of the world's most popular alcoholic beverages. But, made with barley, brews can contain low levels of mycotoxins, which are produced by fungi that can contaminate grains. Although not a major health threat, the industry needs to minimize the risk of contamination. Now scientists have developed a portable sensor that can help. Their report appears in ACS' Journal of Agricultural and Food Chemistry.

Because of its alcohol content and the high temperatures required to make beer, most consumers might assume that contamination by biologically derived compounds is not an issue. But mycotoxins can survive the brewing process and end up in the final product. Some mycotoxins have been shown to cause genetic damage in cells and cancer in animals. Currently, methods to detect mycotoxin contamination in beer are costly and require in-laboratory analysis. Sweccha Joshi, Teris van Beek and colleagues wanted to come up with a less expensive, portable alternative.

Building on technology used to detect mycotoxins in grains, the researchers developed a biosensing chip that can bind these compounds when they are present in beer samples. The team also could reuse the chip 450 times before it started to fail. Testing on commercial beer and barley showed that the portable instrument detected levels as low as 0.2 nanograms/milliliter of ochratoxin A and 120 ng/mL of deoxynivalenol — respectively, the estimated safe limits for these mycotoxins.