If combined, the new company would be the world's largest seller of both seeds and pesticides. 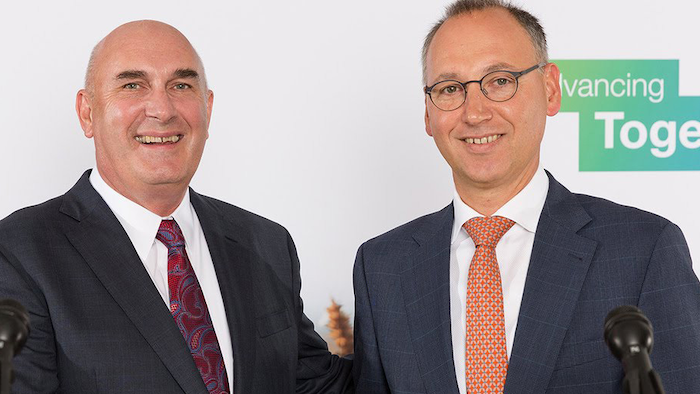 Bayer's top executive recently called his company's proposed merger with Monsanto "a perfect fit" amid regulatory scrutiny of other massive deals within the agrichemical industry.

Werner Baumann told reporters during the announcement of Bayer's third quarter earnings that the company would file its plans with regulators in the U.S. and European Union later this year and early next year, respectively, according to The Wall Street Journal.

Bayer and Monsanto announced the $66 billion deal in September, but the Journal noted it could be difficult to clear the acquisition with antitrust authorities. If combined, the new company would be the world's largest seller of both seeds and pesticides.

Two other transactions struck during the recent wave of consolidation in the chemical industry — between Dow and DuPont and Syngenta and ChemChina — are on hold due to ongoing regulatory reviews in the EU.

Baumann nonetheless said he still expects the deal to be completed by the end of next year.

"We will combine our strengths in seeking solutions to one of the major societal challenges: how to feed a substantially growing global population in an ecologically sustainable way," Baumann said.

Bayer's adjusted earnings for the third quarter climbed by 6 percent — which exceeded analyst expectations — due to strong performances in pharmaceuticals and pesticides.