Hexavalent chromium, or Cr(VI), which the movie "Erin Brokovich" brought to the national spotlight, is recognized by several national and international governmental bodies as a carcinogen. 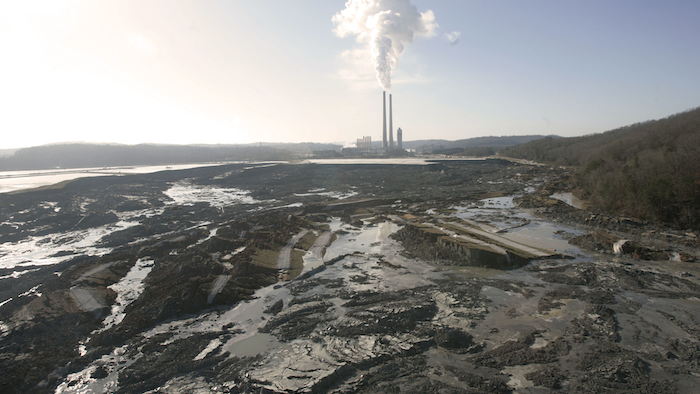 Last year, water quality officials in North Carolina detected potentially harmful levels of hexavalent chromium, a carcinogen, in drinking-water wells near coal plants in the state. Given the typical, elevated levels of chromium in coal ash, many people assumed the contamination came from leaking coal ash ponds. But scientists report in Environmental Science & Technology Letters that well water both near and far from the ponds in the state contains hexavalent chromium from natural sources.

Hexavalent chromium, or Cr(VI), which the movie "Erin Brokovich" brought to the national spotlight, is recognized by several national and international governmental bodies as a carcinogen. In 2015, North Carolina officials warned residents living near coal-burning plants that their well water was contaminated with levels of Cr(VI) that exceeded the state's safety standard, which led to temporary "do not drink" recommendations. But the source of the chromium was unclear. Although the carcinogenic form of chromium does occur in coal ash, recent research has shown that it also is prevalent in groundwater from aquifers composed of specific Cr-rich rocks. Manganese-oxide minerals and other soil conditions can also favor the natural formation of Cr(VI) in groundwater. Avner Vengosh and colleagues from Duke University wanted to trace the Cr(VI) in North Carolina well water back to its source to see if it indeed originated from nearby coal ash ponds.

The researchers collected nearly 400 samples of well water both close to and far from coal ash ponds in the Piedmont region of central North Carolina. Using forensic isotope techniques, they analyzed them for a wide range of inorganic chemicals, including Cr(VI). The groundwater geochemical characteristics, such as boron-to-chromium ratios and strontium isotope variations, suggest that the high Cr(VI) was derived from water-rock interactions rather than contamination from coal ash. The data show that most of the dissolved chromium in groundwater is composed of Cr(VI), and that chromium is prevalent in the Piedmont region of the Eastern U.S. Additionally, about 90 percent of the study wells had detectable levels of naturally occurring Cr(VI). Because the Piedmont formations and similar rocks are widely distributed throughout the world, the researchers warn that Cr(VI) occurrence may be much more frequent and many more people could be exposed than previously thought.