The developer of the Dakota Access oil pipeline said Tuesday that the dozens of protesters who have camped on company-owned land since the weekend are trespassing and that "lawless behavior will not be tolerated." 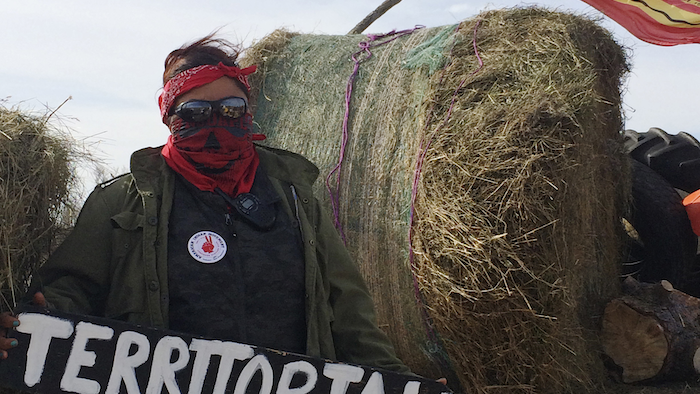 CANNON BALL, N.D. (AP) — The developer of the Dakota Access oil pipeline said Tuesday that the dozens of protesters who have camped on company-owned land since the weekend are trespassing and that "lawless behavior will not be tolerated."

Texas-based Energy Transfer Partners said in a statement that it wants all protesters to vacate its land in North Dakota immediately.

"Alternatively and in coordination with local law enforcement and county/state officials, all trespassers will be prosecuted to the fullest extent of the law and removed from the land," the statement said.

American Indians and others who oppose the construction of the four-state oil pipeline set up the new camp of tents and teepees Sunday, moving their long-running protest directly in the project's path for the first time.

Many of those gathered at the encampment have vowed they will stay put until the 1,172-mile long pipeline is scrapped. They argue that the land, which was recently purchased by Energy Transfer Partners from a rancher, rightfully belongs to Native Americans under a more than century-old treaty.

"We never ceded this land," Joye Braun, a protest organizer, said in a statement Monday. She could not immediately be reached for comment Tuesday on the company's statement. 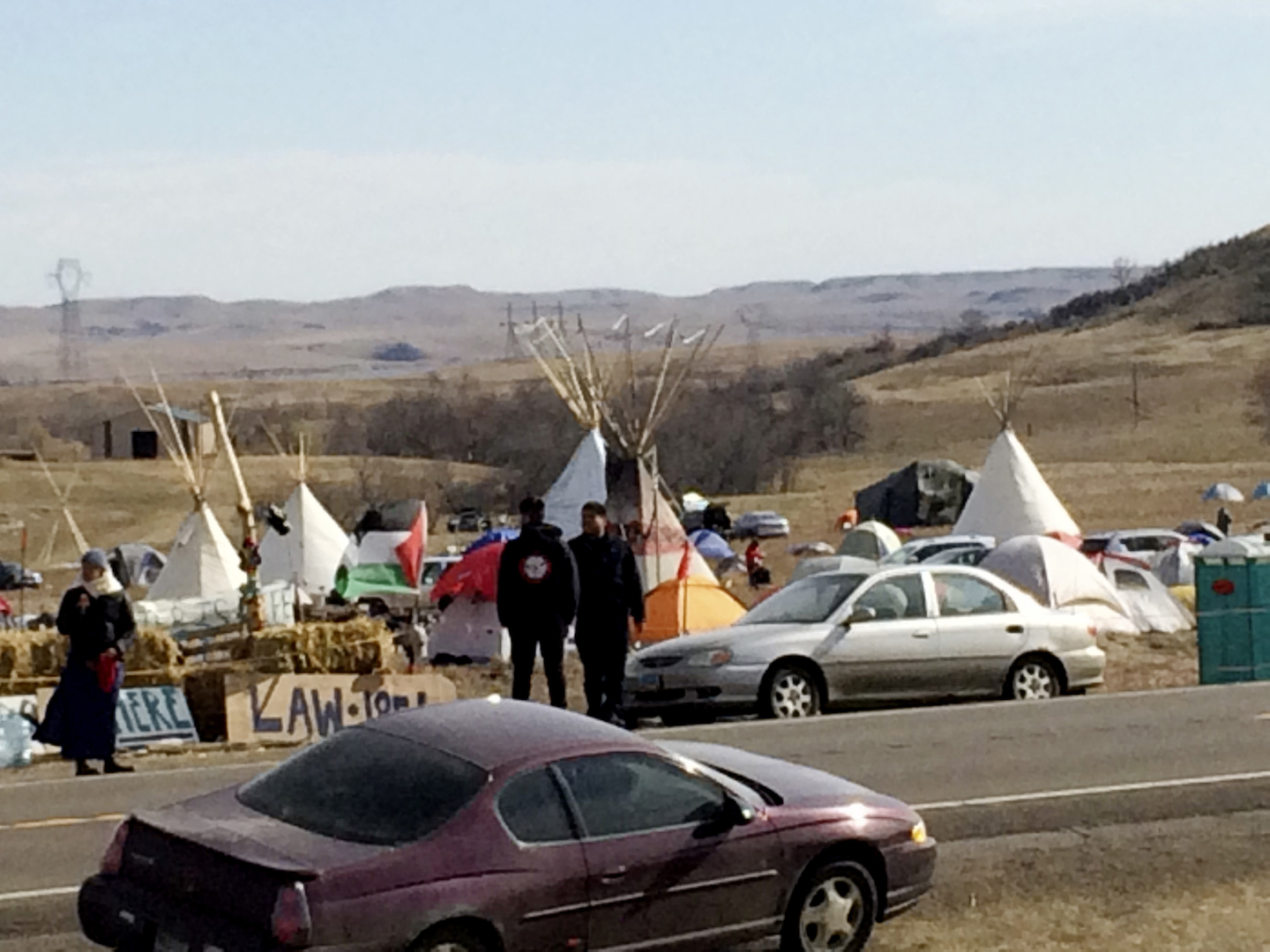 Teepees and numerous tents are set up Monday, Oct. 24, 2016, by Dakota Access oil pipeline protesters in southern North Dakota on property owned by the pipeline company. Protesters say they have treaty rights to the land from the 1800s. (AP Photo/Blake Nicholson)

Earlier in the week, the local sheriff's office said the protesters were trespassing but that it wouldn't immediately remove the more than 100 people because it didn't have the manpower. Morton County Sheriff Kyle Kirchmeier said at a news conference Monday that authorities put out a call for help earlier this month and six states are sending officers. He would not say if the goal was to remove the protesters.

Safety remains the No. 1 priority, and authorities are attempting to negotiate with camp leaders, he said.

Morton County authorities did not return telephone calls Tuesday seeking comment on the company's statement and whether it affected the plans to not immediately remove the protesters.

The $3.8 billion pipeline, most of which has been completed, crosses through North Dakota, South Dakota, Iowa and Illinois. Opponents worry about potential effects on drinking water on the Standing Rock Sioux Tribe's reservation and farther downstream on the Missouri River, as well as destruction of cultural artifacts, including burial sites.

The newly established camp is about a mile from the Missouri River. Some preparation work had been done there but no pipe has been placed, officials have said.

On Monday, dozens of people were milling around the new protest site, some cooking over campfires. Loren Bagola, who joined the protest from the Cheyenne River Reservation in South Dakota, said the demonstrators want to remain peaceful.

"We are here to pray for our ancestors that were desecrated and pray the pipeline people will find an alternative," he said. "We pray for their workers, too. We pray for police officers and their families. We all have one thing in common: We want clean drinking water."

But Vanessa Dundon, a Navajo from White Cone, Arizona, said the protesters were ready to use the hay bales and large logs stacked at the site to block the adjacent highway.

Protests have been going on in the area for months, including at a much larger encampment on U.S. Army Corps of Engineers' land about a half-mile away.

The Rev. Jesse Jackson says he is going to North Dakota to join the protest Wednesday, because those who oppose the pipeline have a "moral claim to be heard" and that their burial grounds "must be honored." He said he will stand with pipeline opponents and "if necessary, go to jail with them."

And actor-activist Mark Ruffalo came to North Dakota on Tuesday, saying he plans to deliver a pair of Navajo-made solar trailers on Wednesday to help power the encampments established to protest the pipeline. Ruffalo is co-founder of The Solutions Project, which promotes clean and renewable energy.

Demonstrators do not have a federal permit to be on the Corps' land, but the agency has said it wouldn't evict them due to free speech reasons. Authorities have criticized that decision, saying the site has been a launching point for protests at construction sites in the area.

In September, protesters and private security clashed after construction crews removed topsoil on the ranch. Authorities said four security guards and two guard dogs were injured; the tribe says protesters reported that six people had been bitten by security dogs, and at least 30 people were pepper-sprayed.

More than 260 people have been arrested since demonstrations began in August, nearly half of whom were arrested over the weekend during a large protest at a pipeline construction site.