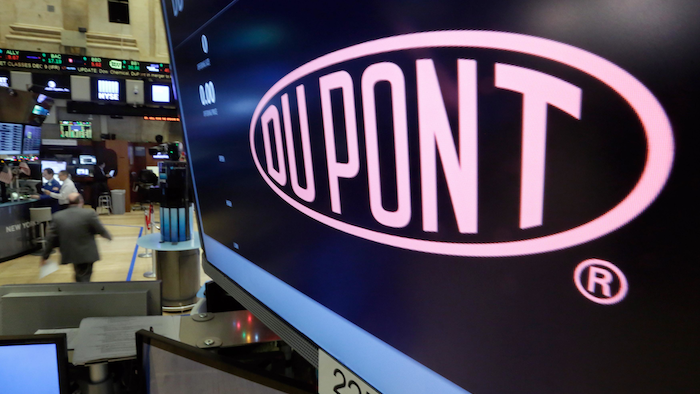 DuPont is preparing for its merger with Dow Chemical. Shareholders approved the deal in July. Once complete, the century-old companies plan to break into three parts. DuPont Chairman and CEO Ed Breen said in a written statement Tuesday that the deal could close in early 2017 if regulators take their full allotted time to approve it.

For the three months ended Sept. 30, DuPont earned $2 million, or a penny per share. A year earlier the Wilmington, Delaware-based company earned $235 million, or 14 cents per share.

That's better than the 21 cents per share that analysts surveyed by Zacks Investment Research predicted.

Revenue rose to $4.92 billion from $4.87 billion, with volumes improving on increased demand mostly in performance materials, agriculture, nutrition and health and industrial biosciences. Analysts expected $4.88 billion in revenue, according to a Zacks poll.