1 Killed, Several Injured in Clash Over Pipeline in Mexico

One person was killed and several others injured in a clash between members of the Yaqui indigenous group divided over construction of a gas pipeline in northwest Mexico. 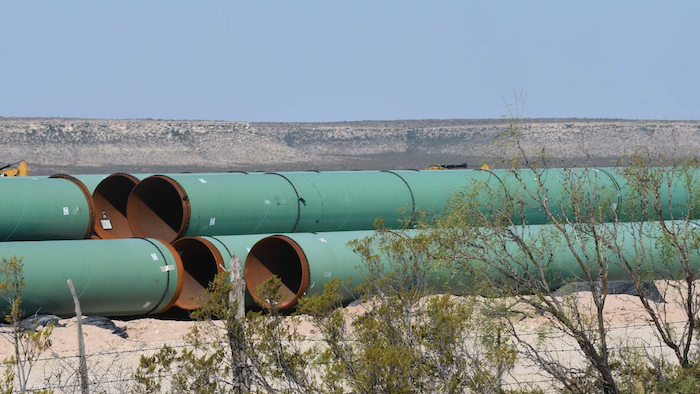 MEXICO CITY (AP) — One person was killed and several others injured in a clash between members of the Yaqui indigenous group divided over construction of a gas pipeline in northwest Mexico, officials said.

Sonora state public security chief Adolfo Garcia Morales said in a news conference late Friday that the clash erupted during a protest that began around 9 a.m. outside a school in a community called Loma de Bacum. About 400 people between the two sides had gathered by noon.

"It is clear that the conflict is over the gas pipeline," Garcia said.

IEnova, a subsidiary of San Diego, Calif.-based Sempra Energy, is building a pipeline for Mexico's Federal Electric Commission that will deliver natural gas from Arizona to power plants in Sonora and Sinaloa states, according to a statement from the company when the contracts were awarded in 2012. The company did not immediately return a call for comment Saturday.

Shortly after 12 p.m. Friday, shots were fired and one man was killed, Garcia said. He called the conflict at the root of the clash "internal" to the Yaquis.

State prosecutor Rodolfo Montes de Oca says the state is investigating the shooting, but the person who shot the gun remained unidentified.

Mario Luna, a spokesman for the Yaquis, said Saturday he was still gathering information. He was far from where the clash occurred and said he could not speak to the specifics of the incident.

However, Luna explained that the conflict between Yaqui towns over the pipeline had been ongoing. He said there had been at least three other violent clashes over the project between those in favor and those opposed among the Yaquis, but this was the first death.

"They have the agreement from the majority of the towns. However, here the decisions are not made by a majority, but rather by consensus," Luna said.

Friday's clash occurred in Loma de Bacum, the one community that has refused to allow the pipeline to pass through its territory, Luna said. Surrounding Yaqui towns that support the project have been trying to persuade their neighbors to come on board, but the talks have failed, Luna said.

"They are afraid it could explode, that there could be an accident," Luna said. They also rejected the offer from the pipeline builders because it did not take into account the environmental and cultural damage it could cause, he said.