Move Over, Solar: The Next Big Renewable Energy Source Could be at Our Feet

Flooring could be even more "green," thanks to an inexpensive, simple method developed by University of Wisconsin-Madison materials engineers that allows them to convert footsteps into usable electricity. 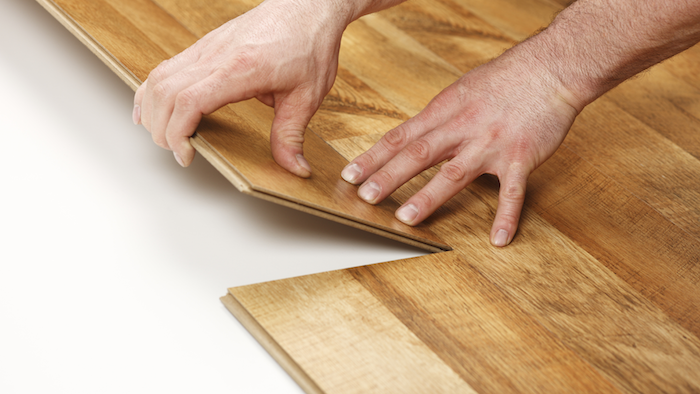 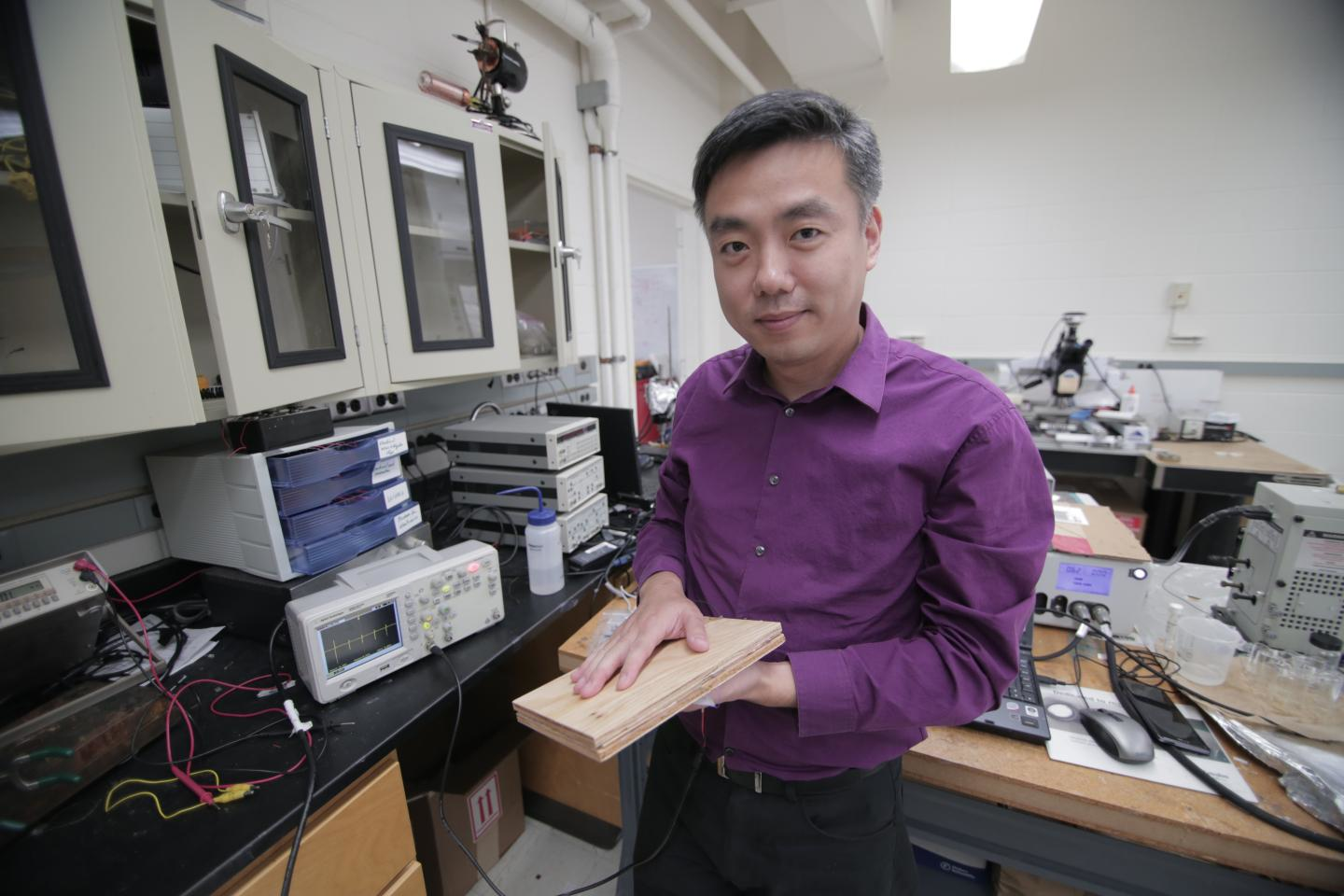 Associate Professor Xudong Wang holds a prototype of the researchers' energy harvesting technology, which uses wood pulp and harnesses nanofibers. The technology could be incorporated into flooring and convert footsteps on the flooring into usable electricity. (Stephanie Precourt/UW-Madison)

Flooring can be made from any number of sustainable materials, making it, generally, an eco-friendly feature in homes and businesses alike.

Now, however, flooring could be even more "green," thanks to an inexpensive, simple method developed by University of Wisconsin-Madison materials engineers that allows them to convert footsteps into usable electricity.

Xudong Wang, an associate professor of materials science and engineering at UW-Madison, his graduate student Chunhua Yao, and their collaborators published details of the advance Sept. 24 in the journal Nano Energy.

The method puts to good use a common waste material: wood pulp. The pulp, which is already a common component of flooring, is partly made of cellulose nanofibers. They're tiny fibers that, when chemically treated, produce an electrical charge when they come into contact with untreated nanofibers.

When the nanofibers are embedded within flooring, they're able to produce electricity that can be harnessed to power lights or charge batteries. And because wood pulp is a cheap, abundant and renewable waste product of several industries, flooring that incorporates the new technology could be as affordable as conventional materials.

While there are existing similar materials for harnessing footstep energy, they're costly, nonrecyclable, and impractical at a large scale.

Wang's research centers around using vibration to generate electricity. For years, he has been testing different materials in an effort to maximize the merits of a technology called a triboelectric nanogenerator (TENG). Triboelectricity is the same phenomenon that produces static electricity on clothing. Chemically treated cellulose nanofibers are a simple, low-cost and effective alternative for harnessing this broadly existing mechanical energy source, Wang says.

The UW-Madison team's advance is the latest in a green energy research field called "roadside energy harvesting" that could, in some settings, rival solar power -- and it doesn't depend on fair weather. Researchers like Wang who study roadside energy harvesting methods see the ground as holding great renewable energy potential well beyond its limited fossil fuel reserves.

Heavy traffic floors in hallways and places like stadiums and malls that incorporate the technology could produce significant amounts of energy, Wang says. Each functional portion inside such flooring has two differently charged materials -- including the cellulose nanofibers, and would be a millimeter or less thick. The floor could include several layers of the functional unit for higher energy output.

"So once we put these two materials together, electrons move from one to another based on their different electron affinity," Wang says.

The electron transfer creates a charge imbalance that naturally wants to right itself but as the electrons return, they pass through an external circuit. The energy that process creates is the end result of TENGs.

Wang says the TENG technology could be easily incorporated into all kinds of flooring once it's ready for the market. Wang is now optimizing the technology, and he hopes to build an educational prototype in a high-profile spot on the UW-Madison campus where he can demonstrate the concept. He already knows it would be cheap and durable.

"Our initial test in our lab shows that it works for millions of cycles without any problem," Wang says. "We haven't converted those numbers into year of life for a floor yet, but I think with appropriate design it can definitely outlast the floor itself."

The Wisconsin Alumni Research Foundation holds the patent to the technology. Other authors on the paper include Zhiyong Cai of the Forest Products Laboratory and UW-Madison graduate students Alberto Hernandez and Yanhao Yu. The Forest Products Laboratory and National Science Foundation provided funding for the research. A link to the paper can be found at: http://www.sciencedirect.com/science/article/pii/S2211285516304086.