Salty Snow Could Affect Air Pollution in The Arctic

Scientists are working to understand the chemistry behind changes in the Arctic to better predict what could happen to the region in the future. 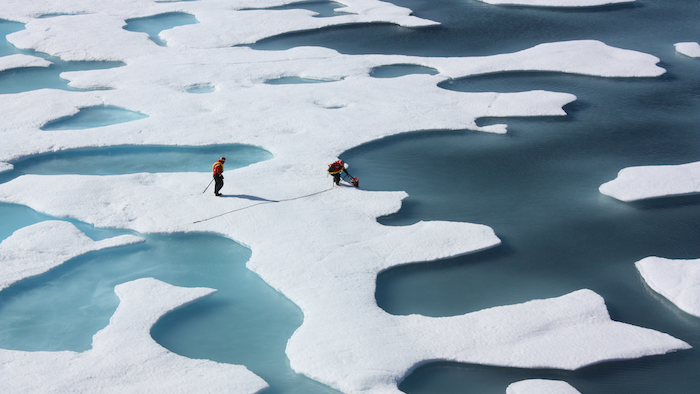 In pictures, the Arctic appears pristine and timeless with its barren lands and icy landscape. In reality, the area is rapidly changing. Scientists are working to understand the chemistry behind these changes to better predict what could happen to the region in the future. One team reports in ACS' Journal of Physical Chemistry A that sea salt could play a larger role in the formation of local atmospheric pollutants than previously thought.

The Arctic's wintertime ice hit a record low this year, and its air is warming, according to NASA. Previous research has shown that pollutants, including gaseous nitrogen oxides and ozone, have at times been recorded at levels similar to those one would see in more populated areas. Nitrogen oxides are air pollutants that, in sunlight, lead to the formation of ozone, the main component in smog normally associated with cities. The gases can be processed in the atmosphere and be deposited on Earth as nitrates, which can get trapped in snow. In sunlight, snow can act as a reactor in which nitrates may be transformed back to nitrogen oxide gases. In the Arctic, sea ice and snow contain salt and other impurities that can possibly alter the efficiency of this process. James Donaldson, Karen Morenz and colleagues took a closer look at how salt and nitrate content in snow could affect the levels of nitrogen oxides in the air during sunny conditions.

The researchers tested lab-made snow containing nitrate alone or nitrate and salt. They found that under simulated sunlight, about 40 to 90 percent more nitrogen dioxide (NO2) was reformed from the snow with low levels of salt at environmentally relevant concentrations than snow with no salt. Researchers observed the greatest effect when they used realistic sea salt in the experiment. The results suggest that sea ice and salty snow, which previously have not been considered as factors in the balance of ozone-forming chemicals in the atmosphere, should be a part of future models.