A court in central Vietnam rejected lawsuits from hundreds of fishermen seeking compensation from a Taiwanese steel company for losses caused by its release of toxic chemicals that killed a large number of fish. 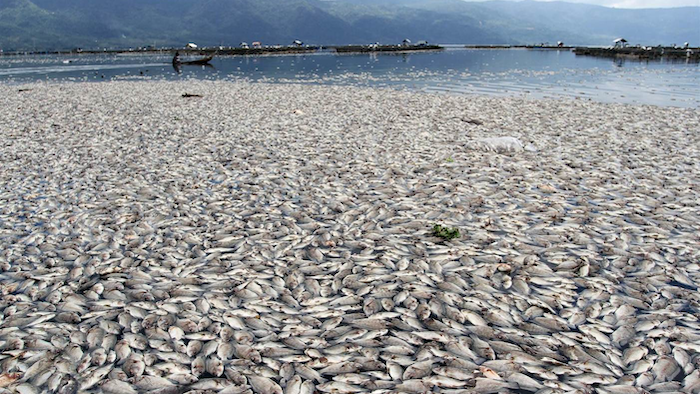 HANOI, Vietnam (AP) — A court in central Vietnam rejected lawsuits from hundreds of fishermen seeking compensation from a Taiwanese steel company for losses caused by its release of toxic chemicals that killed a large number of fish and caused one of the country's worst environmental disasters.

Catholic priest Dang Huu Nam, who helped the fishermen file the lawsuits at a local court in Ha Tinh province, said the court returned all 506 lawsuits citing legal regulations. He said the fishermen are preparing to appeal the decision.

"I'm not surprised, I was expecting this to happen," Nam said by telephone from his home province of Nghe An, neiboring Ha Tinh. "The villagers are completing their files to appeal the decision."

Nguyen Van Thang, chief judge in Ha Tinh province was quoted by the state-run Law newspaper as saying that the plaintiffs did not provide clear evidence for their losses and that their cases were already covered by a decision by the government on providing compensation to the affected people.

Nam disagreed, saying the court's citing of legal provisions was wrong and that the plaintiffs from Nghe An province were not covered by the government's compensation plans.

The factory owned by Formosa Plastics Group acknowledged in June that it was responsible for the pollution that killed hundreds of tons of fish along more than 200 kilometers (125 miles) of coastline in four central provinces and has since then paid $500 million in compensation to affected people and for clean up the environment.

The government compensation plans call for providing $130 to $395 per month to affected individuals for up to six months, with the payouts to start this month.

The incident at the Formosa's $10.6 billion complex in early April sparked rare protests, with many demanding the factory's closure.