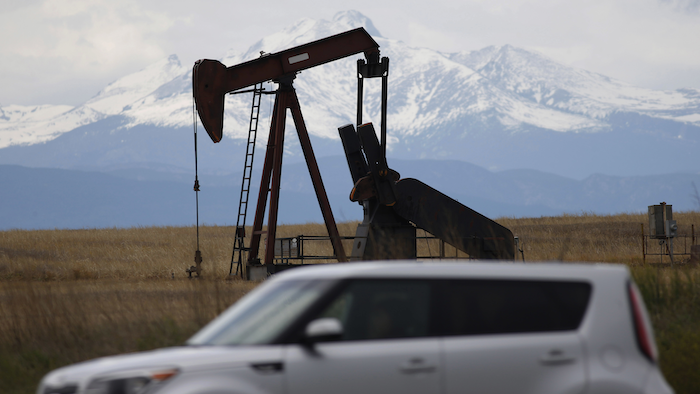 LONDON (AP) — Oil prices took a pounding Tuesday after a leading industry group said global oil demand growth is slowing by more than previously thought, largely because of a more pronounced economic slowdown during the third quarter of the year.

In its September oil market report, the Paris-based International Energy Agency reduced its forecast for global demand growth to 1.3 million barrels a day in 2016 — 100,000 below the previous forecast.

And it also anticipates a further slowdown next year, down to 1.2 million barrels a day "as underlying macroeconomic conditions remain uncertain."

The organization, which represents 29 major oil-importing nations including the U.S., also noted that supplies from the OPEC oil cartel are running at near-record levels as Kuwait and the United Arab Emirates pump at their highest levels ever. It added that non-OPEC supply is expected to return to growth next year.

All in all, the alteration in the demand-supply balance anticipated by the IEA has weighed on oil prices. A barrel of benchmark crude was down $1.10, or 2.4 percent at $45.20 while Brent crude, the international standard, fell 93 cents, or 1.9 percent, to $47.42 a barrel.

The renewed pressure on prices follows a period when oil prices have recovered from multiyear lows and subsequently broadly stabilized. Last week's revelation that the world's two largest oil producers, Russia and Saudi Arabia, have agreed to act together to stabilize global oil output helped shore up prices though it remains unclear what the two have in mind.

"News last week may have helped lift oil prices back towards the August highs but this data once again adds to the bearish case for oil, regardless of any "cooperation" between Saudi Arabia and Russia," said Craig Erlam, senior market analyst at OANDA.

Oil prices shot up to more than $100 a barrel in mid-2014 before a long slide sent them crashing below $30 at the start of the year. A number of factors hit prices including worries over the scale of the economic slowdown in China and high supply levels from OPEC countries, notably Saudi Arabia, as they seemingly strove to drive U.S. shale gas producers out of business.