Judge Orders Protesters Not to Interfere With Oil Pipeline

A federal judge is ordering protesters in North Dakota not to interfere with the construction of a $3.8 billion, four-state oil pipeline. 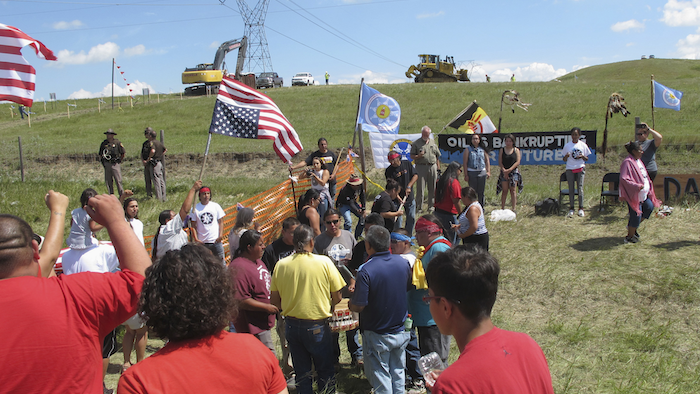 BISMARCK, N.D. (AP) — A federal judge is ordering protesters in North Dakota not to interfere with the construction of a $3.8 billion, four-state oil pipeline.

Dakota Access filed a lawsuit in federal court Monday against protesters. The Texas-based company's complaint alleges protesters are putting the safety of workers and law enforcement at risk.

The order says lawful assembly and peaceful protest are "the hallmark of our democracy," but threats of violence aren't acceptable.