3 Offshore Fields in Ghana to Produce First Oil Next Week

The director of an oil project in Ghana says that three offshore fields are expected to produce their first oil next week. 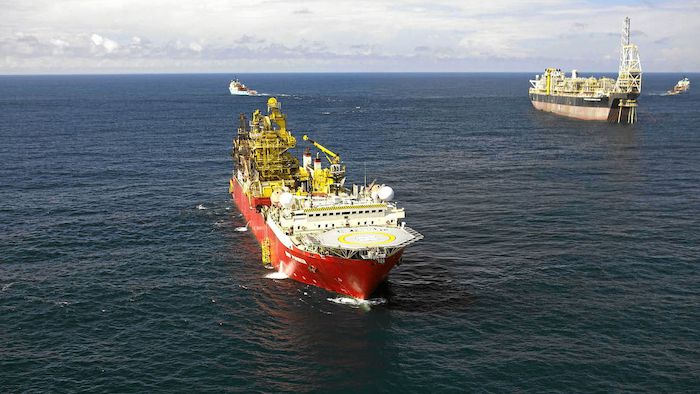 ACCRA, Ghana (AP) — The director of an oil project in Ghana says that three offshore fields are expected to produce their first oil next week.

Terry Hughes, director of the Tweneboa, Enyema and Ntomme fields known as TEN, said the fields off the country's western coast have an estimated reserve of 300 million barrels over 20 years. He said they will start daily production at 23,000 barrels and the peak will be 80,000.

Commercial oil production started in Ghana in 2011 in the Jubilee oil field, which was discovered in 2007.

Ghanaians had high hopes with the oil discoveries, but residents say the money has not trickled down.