Frankfurter Fraud: Finding Out What's in Your Hot Dog

Hot dogs are the perfect summer fare. But knowing for sure what you're getting inside a bun can be difficult. 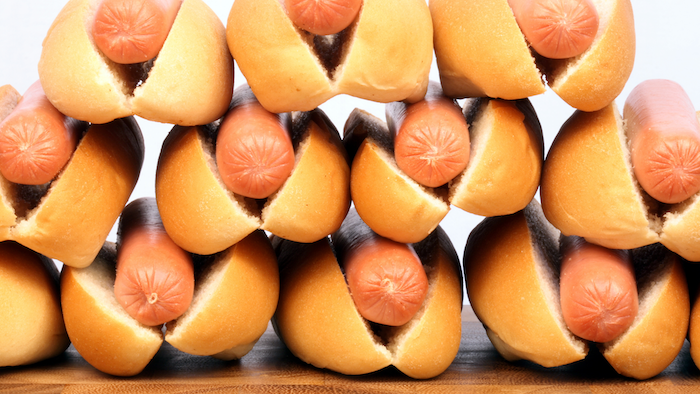 Hot dogs are the perfect summer fare. But knowing for sure what you're getting inside a bun can be difficult. Now scientists have devised a method that could help prevent frankfurter fraud, which is especially important for those who can't eat certain types of meats. They report their approach in ACS' Journal of Agricultural and Food Chemistry.

Instances of food adulteration have caused several global scandals in recent years. Some caused serious illness and even death, such as the addition of melamine to baby formula in China. And other incidents didn't affect people's health but might have violated cultural or religious dietary restrictions, particularly with respect to the kinds of meat that adherents can consume. Currently, testing the authenticity of a meat product involves sampling its DNA, amplifying the genetic material with the polymerase chain reaction (PCR) and looking for certain markers. But existing methods often only search for one, long DNA sequence, which could break down during food processing and lead to false results. Md. Eaqub Ali and colleagues wanted to come up with a more reliable approach.

The researchers developed a technique to look for pairs of short DNA sequences from beef, buffalo and pork in hot dogs. They used their approach on 20 beef franks that they bought in markets in Malaysia, where the researchers are based. Testing showed their target sequences were stable under food processing conditions. The researchers also found that all of the hot dogs labeled as "beef" also contained buffalo meat.