The mountainous Scandinavian country of 5 million people is torn between its ambition to be a global leader on climate change and the awareness that its wealth is linked to the world's dependence on fossil fuels. 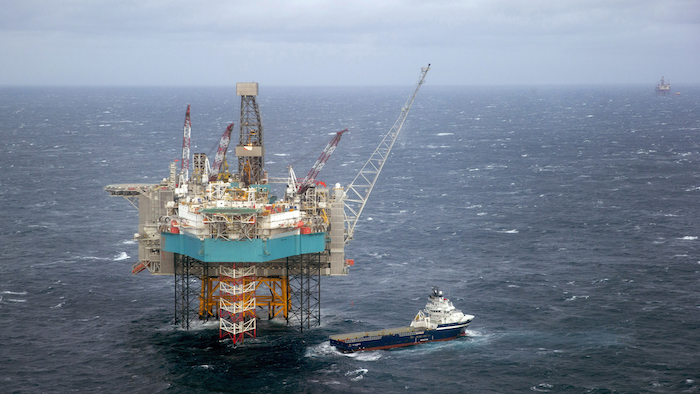 STAVANGER, Norway (AP) — Norway wants to get rid of gasoline-fueled cars, plans to become carbon neutral by 2030 and spends billions on helping poor countries reduce their carbon footprints. Meanwhile, it's pushing ever farther into the Arctic Ocean in search of more oil and gas.

"We know there is a paradox," admits Vidar Helgesen, Norway's climate and energy minister. "We have been living well from oil and gas. But there is no country in the world that has done more to undermine the oil and gas industry than Norway."

The mountainous Scandinavian country of 5 million people is torn between its ambition to be a global leader on climate change and the awareness that its wealth is linked to the world's dependence on fossil fuels.

But very little of those fossil fuels are used at home. Like the rest of the country, Stavanger gets almost all its electricity from hydropower.

And the streams of Teslas driven by oil workers through the streets of Stavanger attest to the rich subsidies the government has poured into the electric car market. E-cars have zero import duty, sales tax is a quarter less than for conventional vehicles and most roads are free.

Some 29 percent of new cars sold in Norway are electric or hybrid. The government in June introduced a target of 100 percent by 2025.

Helgesen says Norway's example is spreading around the world, with once-skeptical car manufacturers investing in green technology and speeding the transition away from hydrocarbons.

In June, lawmakers forced through a commitment for Norway to become carbon neutral by 2030 — some 20 years ahead of schedule.

Norway is also one of the most generous donors to international initiatives to maintain rainforests, which help fight climate change by absorbing some of the heat-trapping carbon dioxide released by the burning of fossil fuels.

It has already spent $1 billion saving trees in Brazil and is committed to spend up to $350 million a year preserving trees in places like Indonesia and Guyana.

But Norway is accused of environmental hypocrisy, grandstanding overseas with environmental projects while allowing its domestic oil and gas industry to pump ever larger quantities of carbon into the atmosphere. Plans for carbon neutrality involve buying credits for helping reduce emissions abroad.

In fact, Norway was one of the few Western countries to see a rise in domestic carbon emissions in 2015. That was mainly due to the fact that its aging North Sea oil fields require ever more energy to tap depleting reservoirs.

"The plan has always been to buy carbon credits to allow us to continue polluting as a country," says Lars Haltbrekken, chairman of the Norwegian chapter of Friends of the Earth, an environmental advocacy group.

"That is why we don't think carbon neutrality is the most important factor in combatting climate change," he says. "We can buy credits in developing countries. It doesn't require us to reduce emissions here in Norway."

A tougher European Union scheme will set emissions reduction targets within the next two years. But Norway, which is not an EU member, will still be able to trade emissions credits with European neighbors to reach its reduction quota.

Meanwhile, environmental activists bristle at exploration permits handed out to 13 oil companies in May to drill in a new area of the Norwegian Arctic. Critics say the technology to safely explore in such remote areas is not properly tested and claim plunging prices make Arctic oil unaffordable without hefty Norwegian subsidies. While companies pay 78 percent tax on hydrocarbons they produce in Norwegian waters, they can claim back the same amount on costs for exploration.

"We absolutely regard this as a subsidy," says Ellen Viseth, a political advisor at the Bellona environmental group.

Viseth says the Barents Sea north of Norway is already one of the most expensive places in the world to produce oil.

"The price and the risk make it uneconomical," she says. "But the Norwegian government is heavily supporting the oil and gas industry. The oil companies don't take much of a risk but their upside is huge."

In June, Norway became one of the first countries to ratify last year's Paris Agreement on climate change, which seeks to limit global warming to less than 2 degrees C (3.6 degrees F) compared with pre-industrial times.

Haltbrekken says that any Norwegian contribution to this target that does not involve a reduction in oil and gas is empty.

"We are living in a time of tremendous energy transformation," he says. "We want to play a part whether it is in electrification, bio-energy, hydropower, or any other green energy. But Norway has the cleanest hydrocarbons anywhere in the world. And as long as the world needs oil and gas, we will provide it."