The suits accuse oil and gas companies of violating coastal permits or not obtaining permits when they dug oil access canals and dumped toxic waste into pits along the coast. 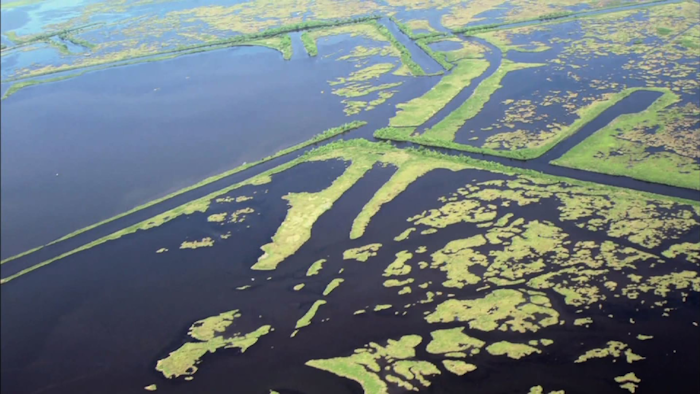 District Attorney Keith Stutes filed the lawsuit Thursday in state court. Vermilion is the fourth parish to file suit against oil and gas companies over such claims.

The suits are a point of contention in a state with a long history of supporting oil and gas drilling. The suits accuse oil and gas companies of violating coastal permits or not obtaining permits when they dug oil access canals and dumped toxic waste into pits along the coast.

Cameron, Jefferson and Plaquemines parishes previously filed similar suits. The oil industry dismisses the suits as being without merit and says companies have followed the rules. Louisiana's coast has been heavily drilled since World War II.

Earlier this year, Gov. John Bel Edwards and Louisiana Attorney General Jeff Landry intervened in the suits. Edwards has urged the industry to reach a global settlement over the claims. The governor wants the industry to settle the suits in order to help Louisiana fund its costly coastal restoration plans. Restoration of the coast is expected to cost tens of billions of dollars over the next 50 years, according to state officials.

Stutes said the governor's actions spurred him into filing the suit to make sure Vermilion has "a place at the discussions of any resolution" of the claims.

In a statement, Stutes said, "The message is simple: clean up the mess that you have made and restore our coast to its original condition."

Landry though was disappointed by Vermilion's suit. The attorney general called the suit "counterintuitive" and said it could complicate the litigation because rulings from different state courts could result "in inconsistencies, conflicts, and confusion."

Landry said he intends to intervene in the Vermilion suit, as he has done in the other parish cases.

Don Briggs, the president of the Louisiana Oil & Gas Association, said Vermilion's suit was without merit.

"This is about a few trial lawyers lining their own pockets, as it is with the other cases," Briggs said. "We say show us what we did wrong, and they never do."

There are nine parishes along Louisiana's coast. It is unclear if other parishes will file their own suits.

At least one parish leader said he wasn't. James B. "Jimmy" Cantrelle, the president of Lafourche Parish, said in a telephone interview Thursday that his parish had no intention of filing suit.