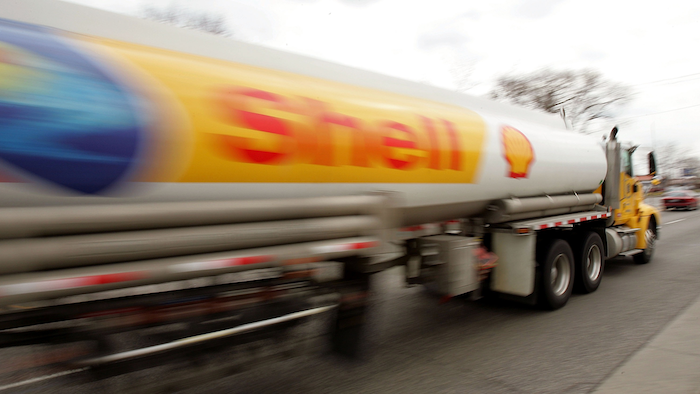 Profit adjusted for changes in the value of inventories and excluding one-time items — a preferred industry measure for earnings — dropped to $1.05 billion from $3.76 billion in the same period of 2015, the company said. Net income fell 71 percent to $1.18 billion.

Oil companies are cutting costs and selling assets to adjust to an era of lower oil prices after crude prices plunged to a 12-year low in January as production remained high while slower growth, particularly in China, reduced consumption. Shell said it is "firmly on track" to deliver $40 billion in cost savings by the end of the year.

"Lower oil prices continue to be a significant challenge across the business," particularly in exploration and production, CEO Ben van Beurden said in a statement. "We are making significant and lasting changes to Shell's working practices and cost structure."

Earlier this week, North Sea oil workers employed by Wood Group on Shell platforms launched a 24-hour strike over cuts in pay and allowances — the first such strike in decades. Some 400 workers were involved in the action.

Shell has said it will trim at least 2,200 jobs globally to adjust to the more challenging times.

The results came after Shell completed a $54 billion takeover of BG Group Plc earlier this year, a deal that increases the company's proven reserves of oil and natural gas by 25 percent. While critics questioned the deal following the drop in oil prices, Shell said it would provide opportunities to cut costs by eliminating duplication.