Duke Energy Corp.'s purchase of Piedmont Natural Gas Co. will create a company with the financial resources to expand the distribution of natural gas across the country as utilities shift further away from coal. 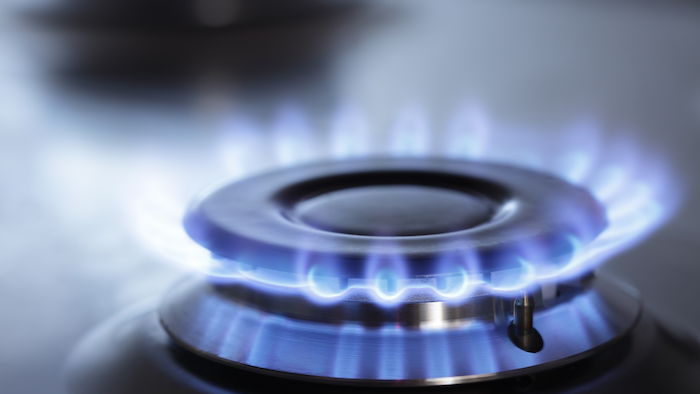 RALEIGH, N.C. (AP) — Duke Energy Corp.'s purchase of Piedmont Natural Gas Co. will create a company with the financial resources to expand the distribution of natural gas across the country as utilities shift further away from coal to the cleaner-burning fuel, the chief executive of the country's largest electric company said Monday.

Duke Energy is spending $5 billion for Piedmont Natural Gas to secure natural gas and control costs for its own power plants and to position for a national expansion in future gas demand, Duke Energy CEO Lynn Good told utilities regulators in North Carolina.

"Natural gas will continue as an increasingly important part of the nation's energy mix as the shift away from coal continues," Good said. "The combined company will be well-positioned for a future that may require additional natural gas infrastructure and services."

Good and Piedmont Natural Gas CEO Thomas Skains testified before the North Carolina Utilities Commission, whose approval is one of the final hurdles to closing the purchase by the end of this year. The Federal Trade Commission and Tennessee regulators have signed off on the deal.

Charlotte-based Piedmont has about 1 million customers across most of North Carolina; around Nashville, Tennessee; and around Spartanburg, South Carolina. Duke Energy, also based in Charlotte, has more than 7 million electricity customers in the Carolinas, Florida, Kentucky, Indiana and Ohio. It operates five North Carolina power plants which Piedmont supplies with natural gas. Duke Energy is building a sixth Piedmont-supplied plantin South Carolina.

The two companies were already working together to build a 550-mile-long pipeline to deliver natural gas from West Virginia through Virginia and into North Carolina when Duke announced its planned purchase last fall. The Atlantic Coast Pipeline is expected to begin operating in late 2018.

Nearly a dozen environmentalists told the commission they opposed the buyout. Some said the merger would worsen climate change by expanding fossil fuel use. The pending pipeline would increase the demand for naturalgas produced by fracking, a drilling technique that opponents blame for polluting groundwater and causing small earthquakes, others said.

Allowing the country's largest electric company to grow larger will create a behemoth whose political and economic influence swamps the interests of consumers and communities where it operates, said Ruth Zalph of Chapel Hill, addressing the hearing.

The buyout "makes Duke a mega-monopoly with tremendous power benefiting only Duke and its shareholders," she told commission members.

The companies sought to hasten the acquisition by striking deals in North Carolina with the agency responsible for representing consumers, commercial electricity users and one environmental group.

The North Carolina Public Staff said it backed the merger after promises that natural gas consumers would get $10 million in savings over two years, the combined company would make annual charitable contributions in North Carolina of at least $70 million over four years, and that it would spend $7.5 million on job training programs and energy assistance for the poor.

Business and industrial customers were promised a share of $35 million in the combined company's fuel savings. The Environmental Defense Fund got Duke Energy's promise to study expansion of a technology that allows utilities to adjust voltage during high-demand periods.