Citgo Aruba announced Saturday it will invest $450 million to $650 million to reactivate an oil refinery in Aruba that has been idle since 2012. 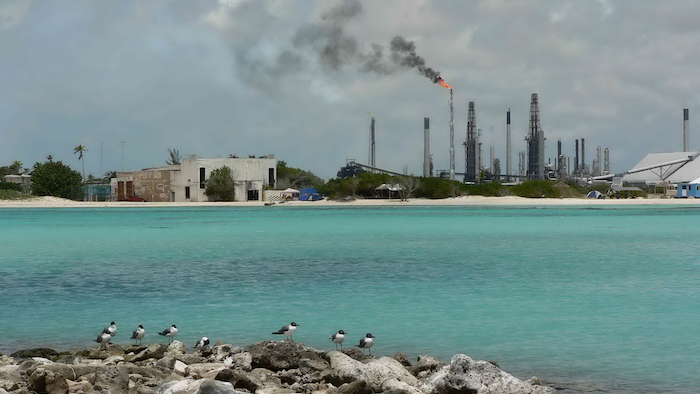 SAN JUAN, Puerto Rico (AP) — Citgo Aruba announced Saturday it will invest $450 million to $650 million to reactivate an oil refinery in Aruba that has been idle since 2012.

The company said Saturday in a statement that the facility in San Nicolas will be retrofitted over the next 18 to 24 months. The refinery is expected to process up to 209,000 barrels per day of Venezuelan extra-heavy crude into intermediate crude. It will then send the oil to its U.S. refining network for further processing.

Citgo has a 15-year operational lease with a 10-year extension option under the agreement between the Aruban government and the U.S.-based subsidiary of Venezuelan state oil company PDVSA. Officials signed the deal during a ceremony in Caracas on Friday.

"This is a very strong project from both the technical and financial perspective. It is a strategic partnership that will benefit Citgo Aruba, PDVSA, Venezuela and Aruba," said Citgo Petroleum Corp. President and CEO Nelson P. Martinez.

The refinery will process oil from the Orinoco Oil Belt, the largest oil reservoir in the world, Martinez added. Officials said they are also considering a complementary project to pipe natural gas from Venezuela's Paraguana region to Aruba, which is 17 miles off the South American nation's coast.

Aruban government officials said last month they were closing in a deal to reopen the refinery and said it is an important economic development project for the country. The refinery previously employed 700 workers and was operated by Valero Energy Corp.