Far offshore and a mile deep in the dark world below the Gulf of Mexico's gleaming surface, the catastrophic BP oil spill of 2010 did untold damage on the ocean floor. 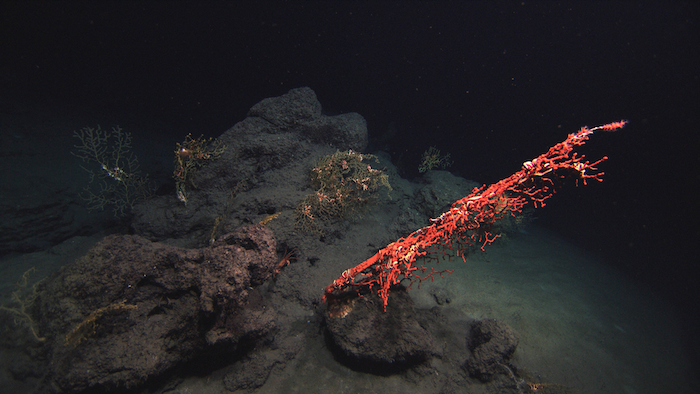 NEW ORLEANS (AP) — Far offshore and a mile deep in the dark world below the Gulf of Mexico's gleaming surface, the catastrophic BP oil spill of 2010 did untold damage on the ocean floor. But scientists are unsure they can do much to heal places in the deep that were hurt the most as they undertake what's being called the largest ecosystem restoration effort ever.

"We're trying to do something that we've never done before," said Erik Cordes, a Temple University coral expert who's studied the corals damaged by the spill and worked on the government's restoration plans. "We are in uncharted waters here."

The continental shelf drops sharply, about 25 miles off the Louisiana coast. A mile below, there's a world of inky cold blackness. Although obscure, this deep ocean world is a foundation of the life and food webs of the Gulf. Scientists say it's important to try restoring it.

In April, a federal judge approved BP's $20 billion settlement to cover the spill's environmental and economic damage. But a relatively small portion of that — about $273 million — has been earmarked for restoring the deep ocean over the next 15 years.

It's far from clear if much can be done because deep-sea restoration has never been attempted, scientists said.

There won't be nurseries for deep-sea starfish, lobsters and shrimp. Don't expect corals to be hatched in laboratories and transported a mile down to the Gulf floor. Oil mixed in the sediment won't be picked up by submarines or subsea robots.

"Picking up (oil-contaminated) sediment over hundreds of miles is just not practicable," said Paul Montagna, a marine biologist with the Harte Research Institute at Texas A&M University-Corpus Christi. 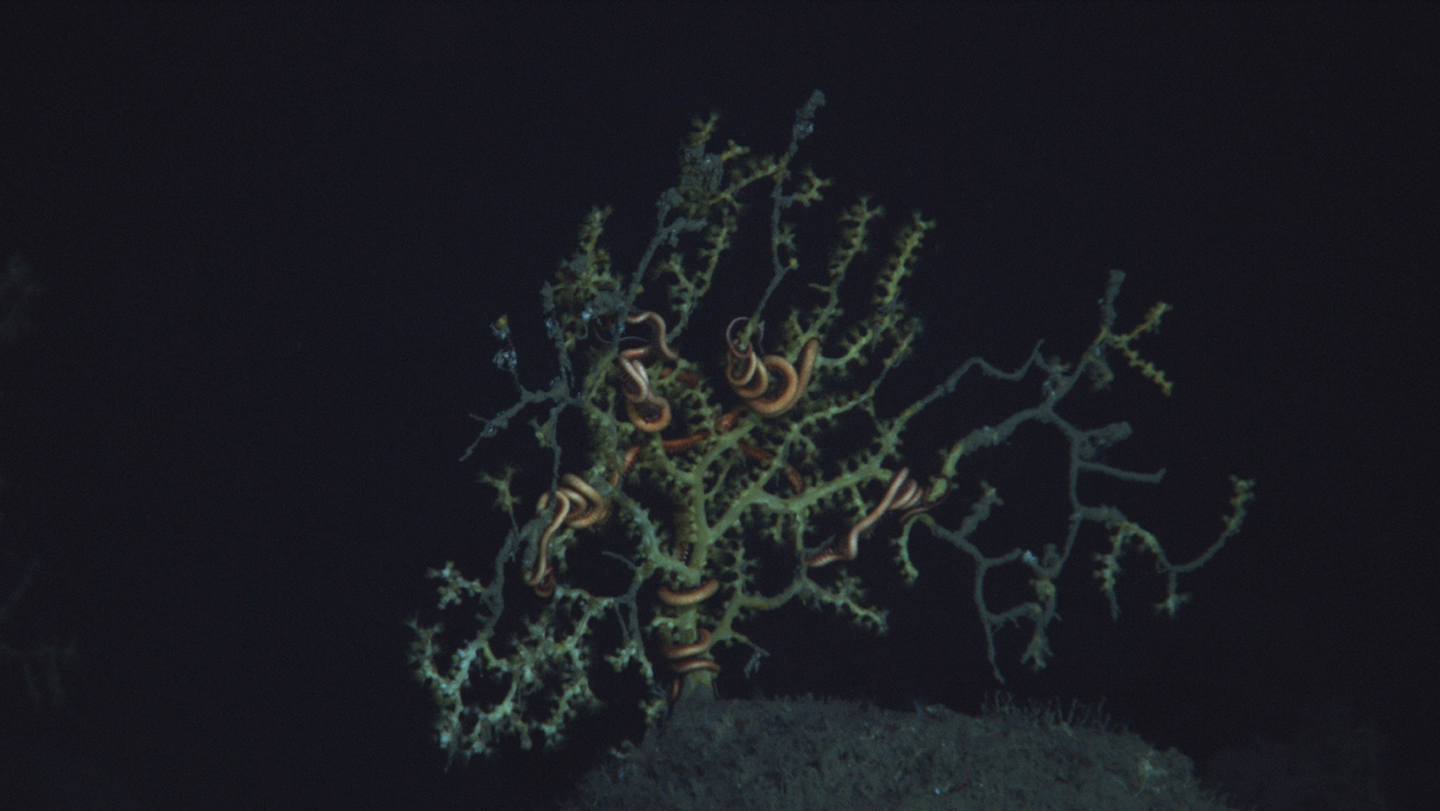 This November 2010 photo, taken in the Gulf of Mexico, shows a colony of Paramuricea biscaya and a symbiotic brittle star impacted by the 2010 Deepwater Horizon oil spill in November, 2010. The photo was taken via a remote operating vehicle (ROV), at 1390 meters (4500 feet) depth, in the Mississippi Canyon 294 lease block, approximately 10 miles from the site of the former Deepwater Horizon and 130 miles southeast of New Orleans, La. (Lophelia II 2010, NOAA OER, and BOEM, via AP)

Sea cucumbers, worms, and crustaceans are about the only living things found in the vast stretches of muddy and sandy bottoms. They feed on detritus floating down. This sameness is broken in places by colonies of spindly colorful ancient corals. Here, crabs, eels, fish and shrimp congregate.

"These deep sea critters grow so slowly ... all we can do is wait and hope they recover fully," said Samantha Joye, a marine biologist at the University of Georgia, in an email. "This is something our grandkids may very well still be studying 40 years from now!"

BP's out-of-control deep well spat oil for 87 days into the Gulf in 2010. Much of it never reached the surface, kept in the depths both by chemical dispersants sprayed to keep the oil from reaching shorelines and by natural forces.

Studies estimated up to about 30 percent of the more than 172 million gallons of oil released from the well remained in the Gulf and up to about 3,250 square miles of the seafloor was affected — an area nearly the size of Yellowstone National Park.

The worst was near BP's blown-out well, 45 miles off the Louisiana coast. But a much larger area was struck by underwater oil plumes and covered in contaminated marine snow, stringy brown, wool-like clumps of particles that drifted down from the surface slicks. Close to the well, scientists say oil coated creatures and coral, killing them. Farther away, oil contamination has stunted animals' growth, left corals with broken branches and fouled the food web.

This injury to the deep-sea should not be ignored, scientists said.

Fish of all kinds get nourishment down in the deep. Important nutrients originate there. The deep-sea also absorbs much of the planet's heat and carbon dioxide.

Despite the difficulty, there are ideas for repairing the deep Gulf.

A government restoration plan suggests dumping oyster shell, limestone and manufactured "reef balls" into the ocean in the hope that coral and fish colonize them.

The plan also considers transplanting healthy coral to reefs hit by the oil. The plan notes this has never been done in deep waters before, just as growing deep-sea coral in laboratories has not been attempted.

Baruch Rinkevich, a coral restoration expert at the National Institute of Oceanography in Israel, said in an email that deep-water coral restoration is stymied by a lack of knowledge of their biology. Techniques for restoring shallow-water corals have not been tried in the deep, he added.

Some areas could be designated as protected reserves: no-go zones for fishing and oil and gas drilling, places where vessels would be prohibited from dumping waste and debris and from anchoring.

Researchers are looking at protecting a long deep-sea cliff off the Louisiana coast, not far from the spill-damaged sites. Cordes said that could help coral larvae along the cliff migrate and populate sick and dying reefs closer to the spill zone.

Other ideas include fixing leaky oil and gas pipelines and wells that may be hurting deep-water life.

Brittany Croll, an environmental scientist with the National Oceanic and Atmospheric Administration who's worked on the restoration plans, is hopeful because researchers can draw knowledge from coral restoration that's been done in shallower waters.

She also said habitat restoration in shallower waters and along shorelines will indirectly help the offshore because so many species migrate from both places.

Regardless, recovery will be slow. Life forms in the deep grow very slowly — about 10 times slower a half mile under the ocean.

"Out of sight, out of mind, unfortunately," Cordes said. "People still don't realize that there are massive coral reefs right in their back yard in the Gulf of Mexico."