SandRidge Energy Files For Bankruptcy With $4.1B in Debt

SandRidge Energy filed for bankruptcy protection Monday, saying it hopes to convert $3.7 billion of long-term debt into equity while allowing the company to keep its operations going. 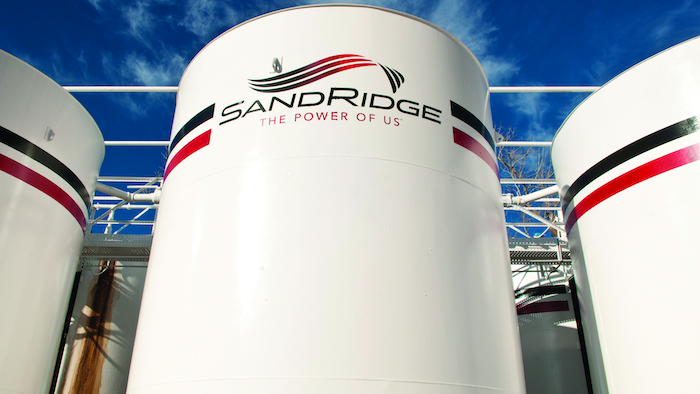 OKLAHOMA CITY (AP) — SandRidge Energy filed for bankruptcy protection Monday, saying it hopes to convert $3.7 billion of long-term debt into equity while allowing the company to keep its operations going.

The Oklahoma City-based company filed the Chapter 11 paperwork in the U.S. Bankruptcy Court for the Southern District of Texas. The petroleum and natural gas exploration company said it had the support of creditors who hold more than two-thirds of its $4.1 billion in total debt.

The company said it asked the court for permission to continue day-to-day operations while. It said it wants to continue paying wages, royalties and interest without interruption, and that suppliers and vendors would be paid under their normal terms.

"We are pleased that our creditors recognize the long-term value SandRidge and its employees can create with an improved balance sheet," SandRidge President and CEO James Bennett said in a written statement. "The new capital structure will allow the Company to concentrate on oil and gas exploration and development in our active Oklahoma and Colorado project areas."

Under the bankruptcy plan, the company would restructure $3.7 billion of long-term debt into equity, including $300 million of debt that would later convert to equity in the reorganized company. The company would still owe about $425 million in reserve-based lending facility debt.