A helicopter carrying around 13 people from an offshore oil field crashed Friday near the western Norwegian city of Bergen, police said. Many are feared dead. 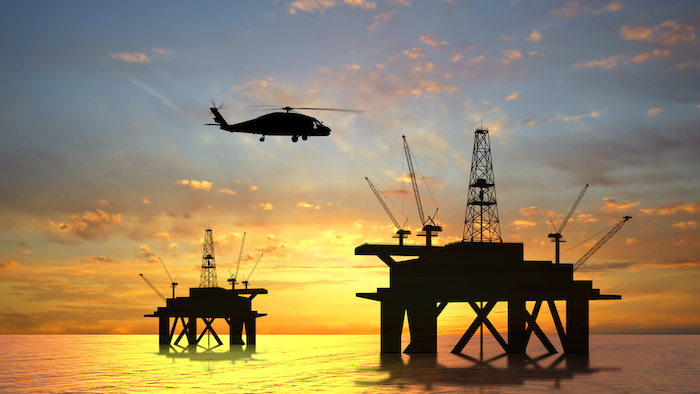 COPENHAGEN, Denmark (AP) — A helicopter carrying around 13 people from an offshore oil field crashed Friday near the western Norwegian city of Bergen, police said. Many are feared dead.

Police spokesman Morten Kronen said the helicopter "has crashed, it is totally smashed." He later said that police could not confirm that they had found survivors.

The crash took place on the island of Turoey, near Bergen, Kronen said. He did not explain why people had ended up in the water and could not say what kind of helicopter was involved. He said police had been told the helicopter was carrying 11 passengers and two pilots, but had not been able to verify the figure themselves.

"Then we heard a violent explosion," Andersen was quoted as saying.

Kronen said the helicopter was on its way from an oil field in the North Sea to Bergen, some 120 kilometers (74 miles) away on the Norwegian mainland.

Norwegian oil and gas company Statoil ASA said in a brief statement it had "mobilized its emergency response team" but declined to immediately comment further.

Norwegian Prime Minister Erna Solberg wrote on Twitter about the "horrifying reports" and said she was being kept informed about the rescue work.