Low oil prices have helped cost Exxon its pristine "AAA" credit rating from Standard & Poor's, a label it held for over six decades. 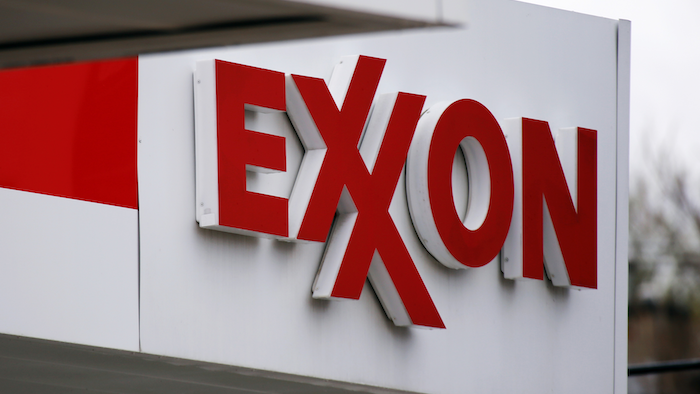 S&P said Tuesday that it lowered Exxon's rating one notch to "AA+" because of slumping oil prices and the "large dividend payments" the oil giant makes to shareholders. The credit-rating agency said Exxon is more likely to pay dividends than save money or reduce its debt. Exxon had held the "AAA" rating since at least 1949, S&P said.

The one-notch downgrade, while symbolic, is more likely to bruise Exxon's corporate pride than significantly raise its borrowing costs. The company has used the sterling rating almost as a marketing tool, particularly when talking to foreign governments.

"I don't see it having any financial impact," said Brian Youngberg, an analyst at Edward Jones. "Even at 'AA+' it has the highest credit rating of any energy company and it is higher than pretty much all of corporate America."

Another major ratings agency, Moody's Investors Service, said in February that it was keeping its top "Aaa" rating on Exxon. But it sounded a cautionary note by lowering its outlook on the rating to "negative" from "stable."

Exxon Mobil Corp., which is based in Irving, Texas, said in a statement that nothing has changed about its "financial philosophy" and that it places a "high value on its strong credit position."

Like other energy companies, Exxon has been hurt by the slump in oil prices. In the previous quarter, the company reported a 58 percent drop in profit to $2.78 billion. It was Exxon's smallest quarterly profit in about 14 years.

Exxon's total debt soared to $38.7 billion at the beginning of 2016 from $11.6 billion at the start of 2013, as the company spent money on big projects, dividends and buying back stock while oil prices were falling for much of that time.

Last year, the company raised its quarterly dividend 6 percent to 73 cents per share. It returned $15.1 billion to shareholders in dividends and share buybacks, down from $23.6 billion in 2014.

In February, Exxon announced that it would stop buying back its own shares.